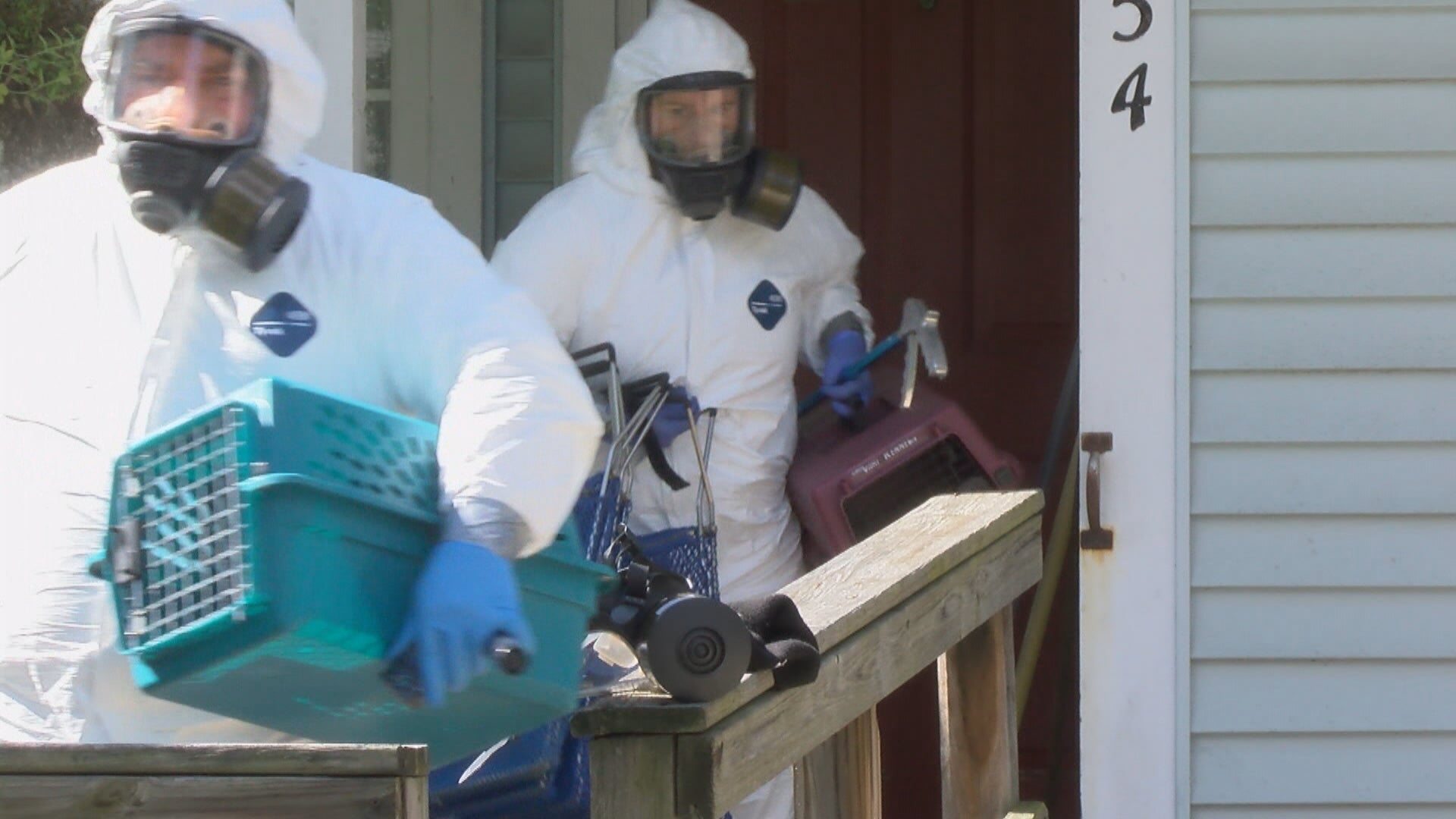 LAFAYETTE, Ind. (WLFI) — A Lafayette woman is out of her home after police and animal control bust it for cat hoarding.

Ten cats — and counting — have been rescued after a search warrant was served at a home on Portsmouth Drive, right off Brady Lane.

While the cats being rescued was a sight to see, it was the smell that was the talk of the neighborhood Thursday.

“It’s a very strong sense of ammonia,” said Lafayette Police Lt. Scott Galloway. “Without any sort of gas mask, you can’t get past the front door.”

Police said 68-year-old Linda Tartar could have at least 10 more cats in her home; however, animal control officers were having a hard time catching them. Tartar is facing possible animal neglect charges and city ordinance violations, according to police on the scene.

A Lafayette city ordinance allows residents to have three cats in a home, but that’s something Tartar knew already.

“In 2015 animal control did a similar type investigation where they found up to 60 cats in a residence she owned,” Galloway said. “She’s been on our radar before. The intervention here is trying to catch it before it gets to that level.”

Kevin Childress lives two houses down. He has lived in the neighborhood for 15 years and seen a cat or two.

“I see them mostly at night,” Childress said. “A couple of them jumped our back fences, but we take care of each other around here. It’s like its own community in one. She’s probably very embarrassed. Just show her comfort and show her love.”

But when it comes down to it, the cat’s weren’t safe.

“They may appear healthy and look healthy, but, environmentally, it’s not good for them in there,” Klumpe said.

Animal control will complete its investigation and then turn it over to the city attorney and the prosecutor’s office. The cats were taken to the Lafayette Almost Home Humane Society.