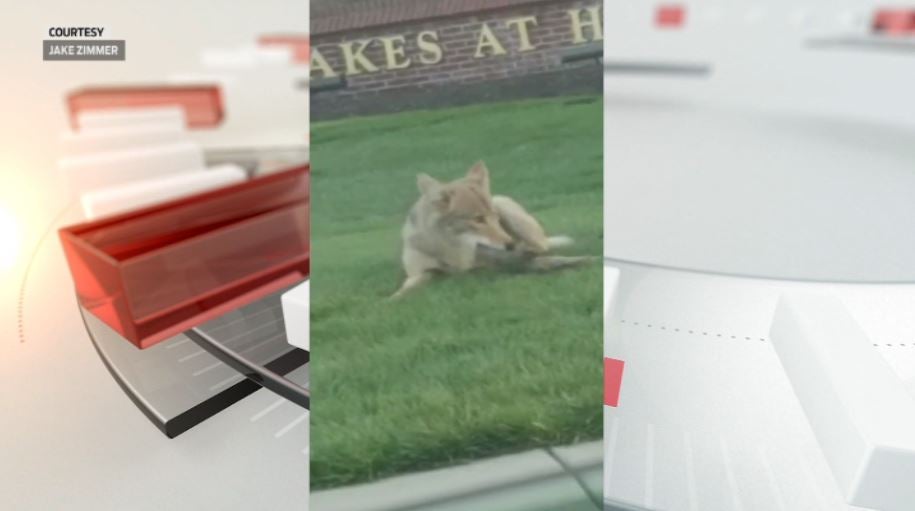 A recent video shared hundreds of times on social media has people talking about safety concerns in the area.

People living in Carmel said the coyotes are becoming more bold and brazen.

That bold behavior is becoming the norm as people who live in the Lakes at Hazel Dell said the coyotes are ‘taking over the neighborhood’ and with dangerous consequences. The neighborhood is off 126th Street and Hazel Dell Parkway.

Teresa Vanzetta said her dog Teddy was attacked by coyotes in the neighborhood three years ago.

“They just got one bite into him and it got right here and it ripped from his belly all the way to around to his back,” Vanzetta said. “We heard a loud screech. We ran out and there were two coyotes sitting there and he was laying on the ground and he wasn’t moving. My husband went to go get him but the coyotes weren’t moving.”

To combat the problem in Carmel and across the state, the Indiana Department of Natural Resources proposed a new law. It would require animal control workers to kill raccoons, opossums and coyotes they trap. Right now, they have the option to release animals. You can give your feedback on the proposed nuisance animal rule.

It’s a plan Vanzetta and many of her neighbors are on board with. While Vanzetta said Teddy has made a full recovery, she hopes the Natural Resources plan will prevent another family from going through what she did.

“They don’t walk away when you’re there,” Vanzetta said. “They’re not afraid of you! We need to be able to live in our own yards without fear.”