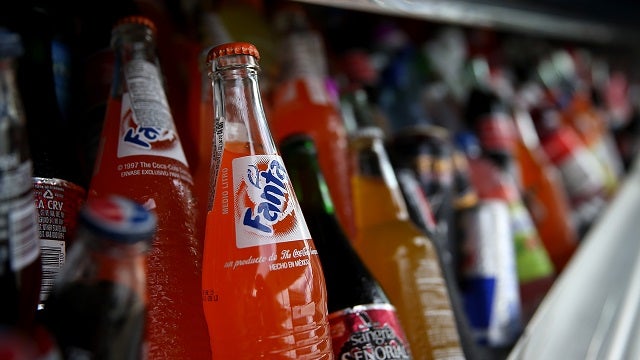 INDIANAPOLIS (WISH) — A commission of city and state lawmakers and local citizens on Tuesday rejected a recommendation for a tax of 1 cent per ounce on “sugary drinks.”

But, the source of the idea presented to the Bi-Partisan Commission on Infrastructure wasn’t from the person that a city Twitter account initially implied.

A tweet from the City-County Council’s account said “Councillor Evans” introduced the tax, which would go toward infrastructure improvements. But, Councilor Jared Evans said later that he only “introduced” the idea as the commission’s chairman. It came from a citizen on the commission, Leigh Evans.

“This specific proposal failed and will not be apart of our recommendations to the council,” Jared Evans said in a Facebook post.

The idea came about six months after the American Academy of Pediatrics and the American Heart Association called for excise taxes and limits on marketing sugary drinks to teenagers and children in a News 8 report.

According to another tweet from the City-County Council account, representatives of the American Heart Association told the commission Tuesday that a 1-cent tax on “sugary drinks” could create $47 million in new revenue for the government. Another tweet said the heart association representatives also told commissioners that other cities have passed similar measures.

The Tax Policy Center in Washington, D.C., says cities with “soda taxes” include Boulder, Colorado; Philadephia; Seattle; and the California cities of Albany, Berkeley, Oakland and San Francisco. Those cities’ taxes range from 1-2 cents per ounce and are paid by distributors.

Cook County, Illinois, which includes Chicago, in November 2016 passed a 1-cent-per-ounce soda tax, but repealed it in October 2017.

Arizona, Michigan, Oregon and Washington have bans on soda taxes, although the bans came after Seattle’s tax was created, so it remains. In 2018, California lawmakers banned any more communities from enacting soda taxes.

Current soda taxes in U.S. cities are based on a drink’s volume. Opponents have argued, if the primary goal of the soda tax is improving public health by reducing sugar consumption, governments should consider taxing a beverage’s sugar content, the Tax Policy Center said.