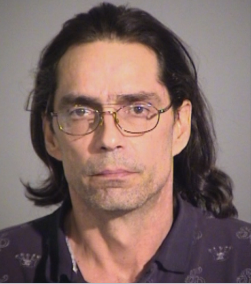 David Wise is accused of setting up a cell phone to record video inside a Kroger restroom.

Marion County prosecutors say at this point they believe there is just one victim right now, and that’s the man who found the cell phone, but they say they believe Wise is responsible for recording video or photos in that bathroom on at least 19 other days.

“Appalling, that’s about it. It’s just appalling that something like this could happen,” said Melvin Streete, a shopper at Kroger.

He and many other shoppers were at a loss for words Thursday evening after hearing about the voyeurism case at the Kroger on Kentucky Avenue.

“That is just totally disturbing. It makes me want to throw up actually,” said Ramona Widener, another shopper at Kroger.

David Wise is accused of setting up a smart phone to record video inside a unisex bathroom. Early Sunday morning a man using the restroom noticed it set up under the sink. He told police it was held in place and concealed by toilet paper and paper towels. The camera on that phone was pointed at the toilet.

“It makes me not want to go out in public with my children because you take them into a bathroom somebody could be watching them,” said Darcie Phillips, another shopper.

The phone had multiple thumbnail images of the restroom with dates ranging from Jan. 22 to Feb. 12, 2017.

“You wouldn’t think that people would have the brass to do that. It’s like, really? Why would you? I mean, that’s just sick,” said Widener.

Those 24-Hour News 8 spoke with say if convicted, they want to see Wise spend a long time behind bars.

“I think they should give him the maximum and set an example for other people that attempt to do the same thing,” said Streete.

According to court documents, Wise told police his phone went missing when he was cleaning the bathroom. A spokesperson for Kroger said Wise was employed by an outside cleaning company.

Wise is facing one felony count of voyeurism and 19 felony counts of attempted voyeurism. He’s due back in court for this case on Feb. 24.