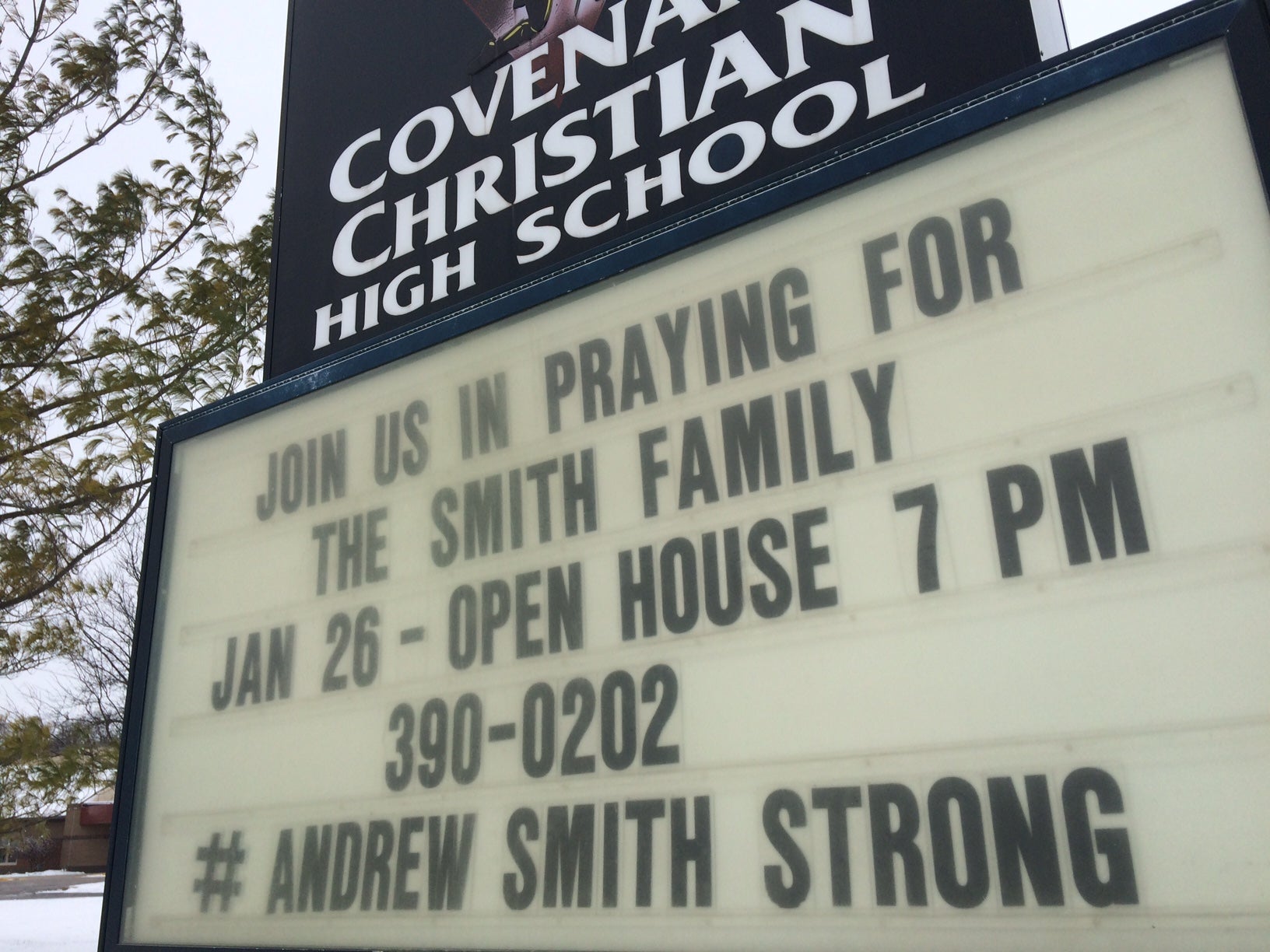 INDIANAPOLIS (WISH) – The loss of a former Butler University basketball star isn’t just hitting hard on campus, but the place where his career took off.

When some think of Andrew Smith, it’s hard not to remember of where he came from.

“He was a just floppy haired, string-bean freshman, had this hair covering his eyes,” Flatt said. The scrawny grew-up, and helped Butler University appear in two championship games. While there have been many highs, his former dean and high school coach, are trying to grasp the lows.

It is hard to get my mind around, that he is no longer with us,” Covenant Christian High School dean of students Ryan Threllkeld said. “It’s difficult to put into words,” Flatt said.

Smith died Tuesday, after a two year battle with cancer. Flatt visited him Sunday. “Even as he faced death, he stayed true to his faith, and that was his rock,” Flatt said.

Something that doesn’t surprise the dean of students at Covenant Christian, Ryan Threllkeld. “At the end of the day, why we love Andrew is not because he could dunk a basketball,” Threllkeld said. “Not because he was 6’11”, but because he was a man who lived out his faith.”

Despite all of his success, the high school never retired Smith’s number. They planned to do so last year, but then he got sick. This season, the team is wearing a shirt with Smith’s number during the pre-game. Next year, the school plans to put 33 permanently in the rafters.

From the photos in the locker room, to the jersey in the hallway, it’s clear Smith won’t be forgotten. “I think the story of Andrew Smith that here at Covenant, we want to continue,” Flatt said. “We want to live on in that he was a shining example of what, hopefully, a Covenant student will be when they graduate from here.”

Butler University is honoring Smith by having the basketball team wear a patch. A memorial service for Smith will take place Sunday, at 4 p.m., at Traders Point Christian Church.