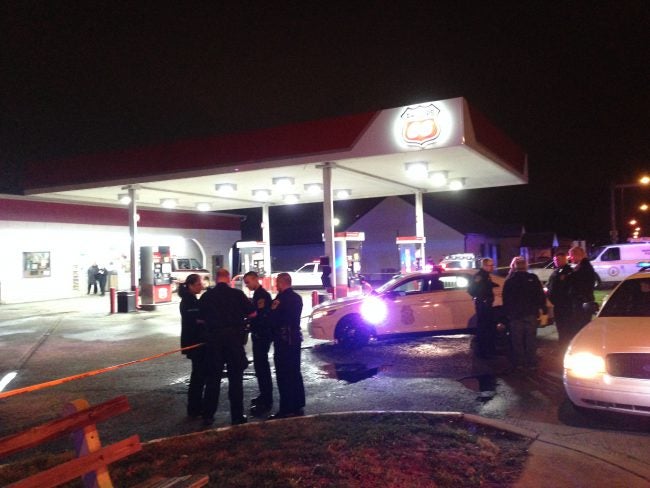 INDIANAPOLIS (WISH) — Customers of a south side gas station are coming to a clerk’s defense after police said he shot and killed a robbery suspect Monday night. Investigators are working to determine whether the shooting was in self-defense.

The Marion County Coroner said 20-year-old Levi Walker died after being shot twice in the torso at the Phillips 66 station on the 3200 block of South Keystone Avenue.

The county prosecutor’s office will make the decision on whether the shooting was self-defense, but some of the gas stations’ customers have already made up their minds.

“He’s just trying to run a business like everybody else is,” customer Brian Nordby said.

Police said someone reported an armed robbery around 11:40 Monday night, 20 minutes before closing time at the gas station.

The clerk told police he shot a man after he tried to rob the store and the robber ran outside and died in the parking lot.

“There’s just so much drama around here that it’s really not surprising but I hate hearing it,” Simpson said.

Police said they believe the suspect had a gun but never fired.

A clerk working Tuesday morning said he could not show 24-Hour News 8 security video of the incident and he could not do an interview. He took down the phone number of a 24-Hour News 8 reporter and said he would pass it on to the clerk involved in the shooting, but the reporter did not hear back Tuesday.

“I’m just glad that (the clerk) didn’t get hurt. Something like this is an eye opener to everybody to teach you not to go in and rob people,” Nordby said.

Nordby and Simpson, who both consider the clerk a friend, said Tuesday they had not spoken to the clerk since the shooting.

Investigators will present their findings to the Marion County Prosecutor’s Office for a final decision.