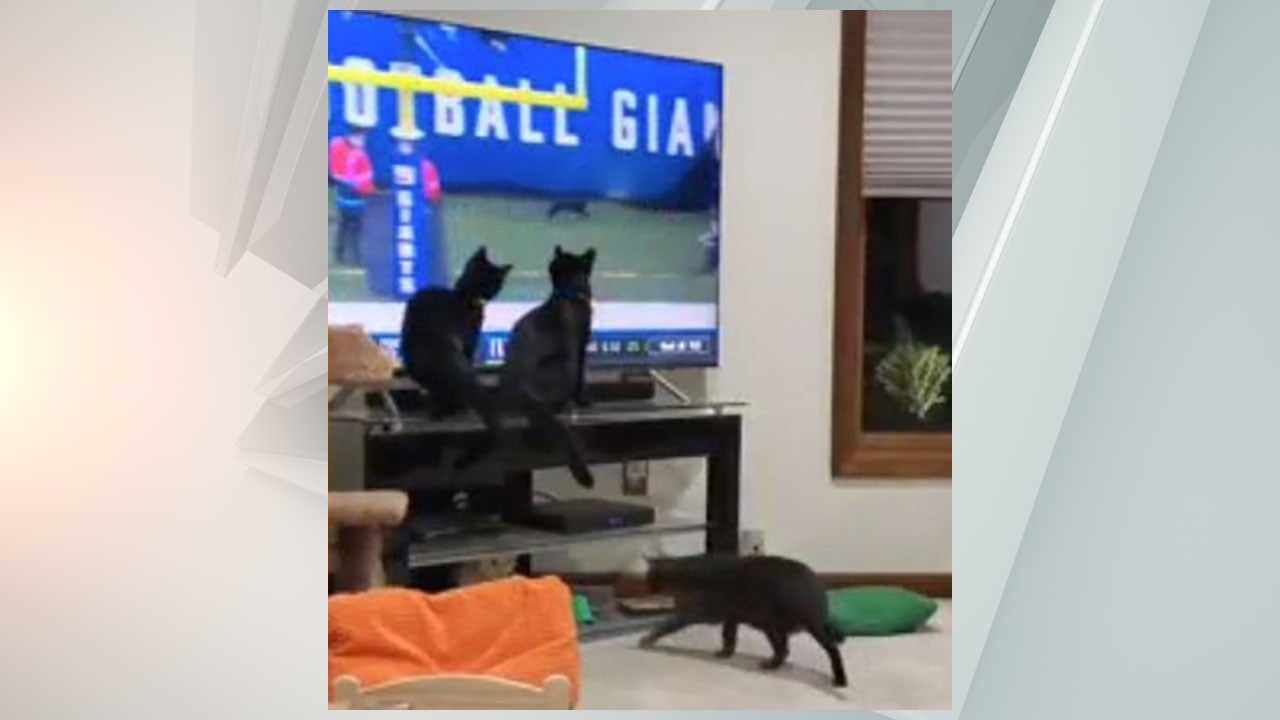 INDIANAPOLIS (WISH/AP) — When a black cat gets on NFL’s “Monday Night Football,” other black cats take notice … at least that’s what happened at one Indianapolis home during the Dallas Cowboys-New York Giants game.

The black cat scampered onto the field in East Rutherford, N.J., during the Monday night game.

At the same time, three black cats reacted at the home of Daryl and Cindy Saucier, who live on the northwest side near Clermont.

The Sauciers’ two 6-month-old kittens — also black cats, named Max and Leo — ran toward the TV and eventually jumped on the table in front of the screen showing the football game feline running on the field amid the players and referees. The kittens mama also ran to the screen but didn’t jump on the table, Cindy said.

Referee Clay Martin delayed the game for few minutes while workers at MetLife Stadium and couple of New Jersey State Troopers herded the feline toward the end zone away from the players. The cat did not depart the field right away, but eventually ran along the end line before running up the tunnel to the cheers of the big crowd.

Cindy said, “My husband said, ‘Well, how would a cat get in there?’ But, it is an outdoor stadium.”

The Sauciers’ cats had been minding their own business at a nearby coffee table when the football feline came on the screen, Cindy said.