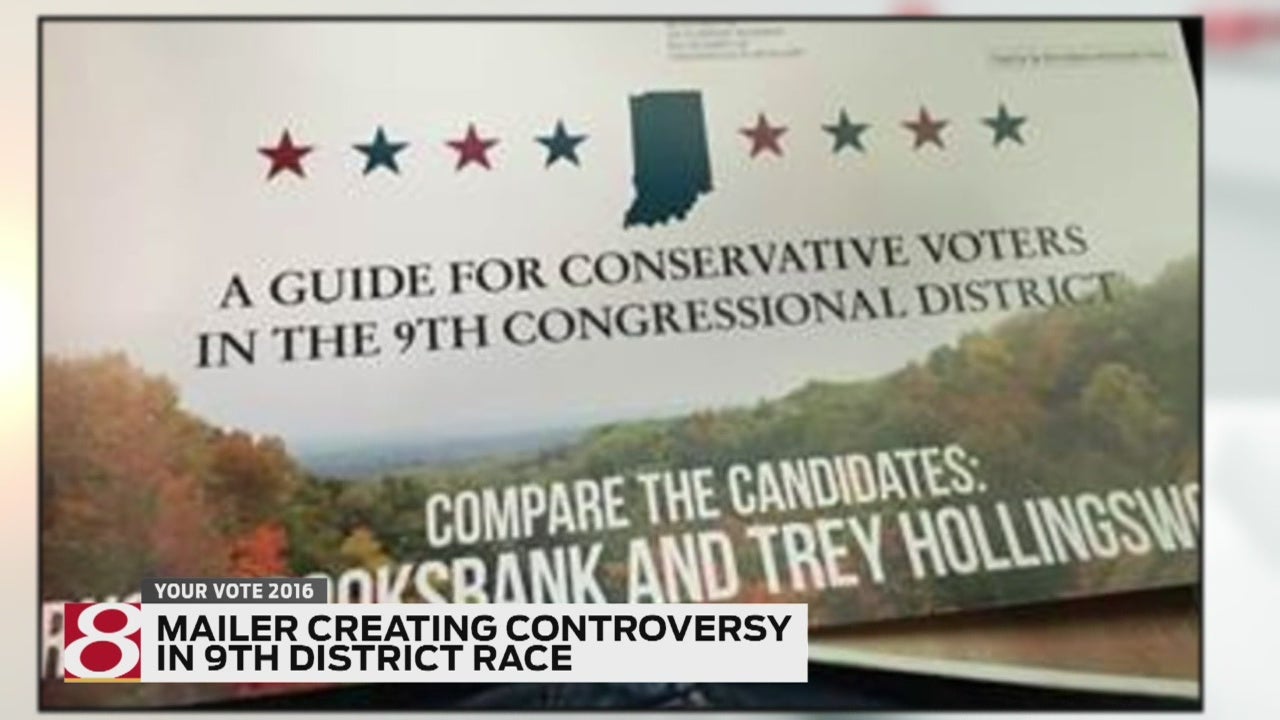 BLOOMINGTON, Ind. (WISH) – New developments in the heated Congressional race between Democrat Shelli Yoder and Republican Trey Hollingsworth include an unusual tactic being used by the Democratic Party.

The Hollingsworth campaign calls it a dirty trick.

The Democrats sent out direct mail pieces in the 9th District that encourage conservative voters to support the Libertarian, Ross Brooksbank. It’s a strategy that was used without success back in 2010.

The mailers identify Brooksbank as a Hoosier conservative. One of them compares his positions on the issues with those of Hollingsworth.

It’s a clear attempt to siphon votes away from the Republican in a race that is a tossup. The mailers have a return address from the Indiana Democratic party.

It’s a curious attempt in part because Brooksbank has been noticed in this race mostly for a recent run-in with the law. He was arrested in Kentucky and then filed a lawsuit against a Kentucky state trooper.

And the mailer came to light on the same day that the Associated Press reported that the company owned by Trey Hollingsworth filed documents in five states other than Indiana that obligate him to live there.

It’s a political problem because Shelli Yoder is calling him a carpetbagger who went district shopping before moving here. Her ads call him “Tennessee Trey.”

Burgess called the filings “.. a clerical oversight by an employee who no longer works with Hollingsworth Capital Partners.” He said that the necessary amendments have been made.