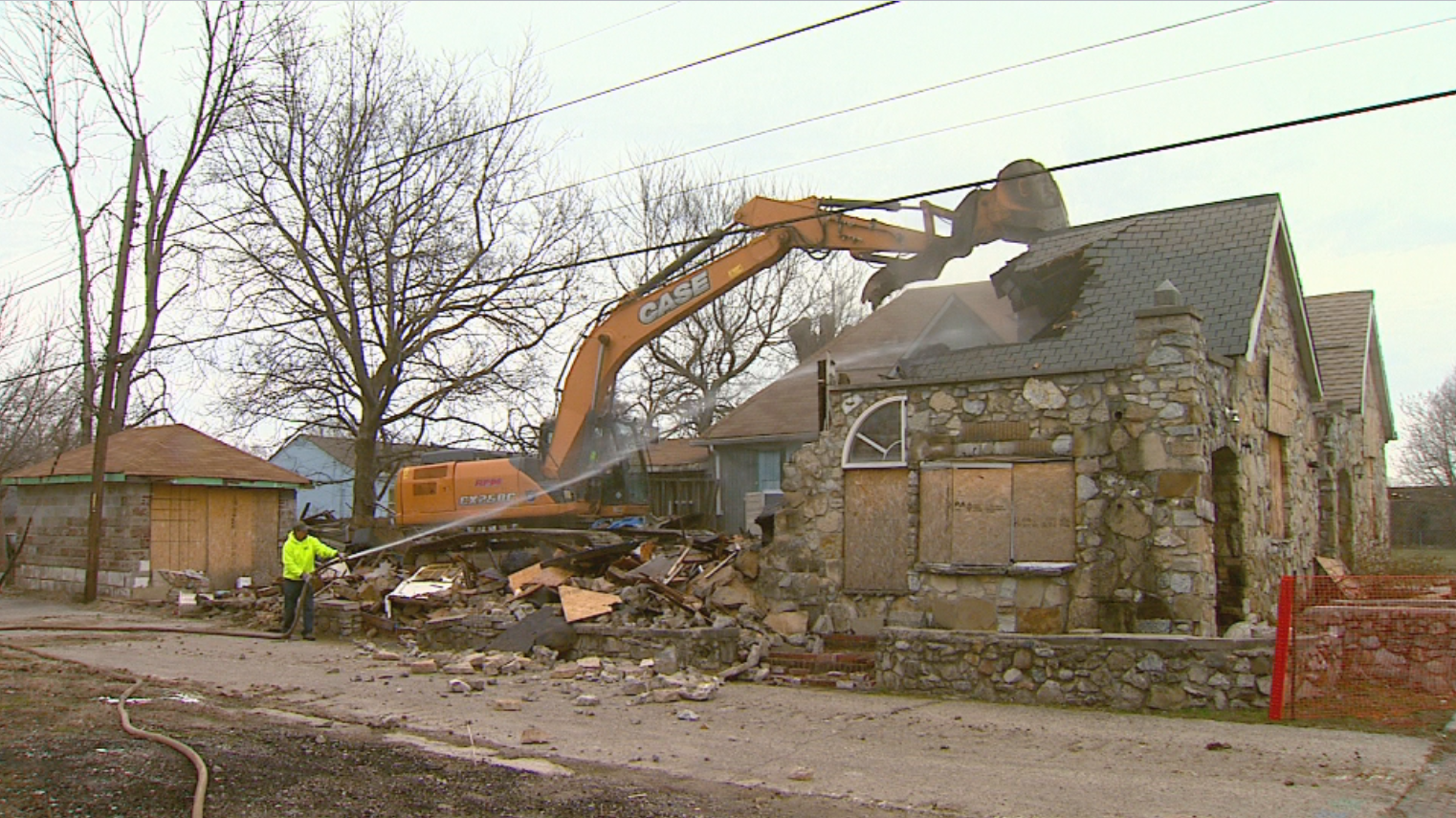 INDIANAPOLIS (WISH) — A home neighborhood leaders refer to as a “brothel” became a pile of rubble on Monday after several community partners demolished the building.

The tan stone and wooden home had been vacant for years and had not only fallen into disrepair but had become a safe haven for criminals.

“This has been a hotbed of all kinds of criminal activity from prostitution to drug dealing,” said Steven Meyer, executive director of the King Park Development Corporation. “It’s really been a tremendous blight to the entire neighborhood.”

Mayor Joe Hogsett’s office reports IMPD was called to the home 14 times between Jan. 1 and June 30 of 2017, along with 171 calls over that period to the surrounding areas.

“This was a tragic house that was full of corruption and crime,” said Indianapolis Mayor Joe Hogsett. “The people of this neighborhood for too long have had to put up with a house like this.”

On Monday, Hogsett and representatives from the Department of Metropolitan Development, King Park Development Corporation, Renew Indianapolis and the Indianapolis Neighborhood Housing Partnership (INHP) gathered for a demolition ceremony, symbolizing a step forward in the revitalization of the Kennedy King neighborhood and other areas around King Park.

Hooks cheered along with dozens of her neighbors as a trackhoe tore the roof of the home at 19th Street and Yandes Street.

“The drug use, the unsavory activity that’s taken place for years,” said Hooks. “I’m excited my granddaughters can run and play along the street we live on and not have to worry about some of the former activity.”

Meyer says this particular property was at the top of everyone’s list for demolition. He explained that a new home will stand in its place in the next year or two and will eventually be surrounded by 60 other mixed-income homes.

“TWG (a real estate developer) and Habitat for Humanity are actually going to build our first three houses bright behind this house,” he said. “Redevelopment group has two houses under construction already right across the street.”

Monday’s demolition is also to fulfill a promise made by Mayor Hogsett in his state of the city address last year to transform 2,000 homes in two years.

“Homes like this exist in too many neighborhoods. And so we’re committed to make sure we’re eliminating them whenever its appropriate,” he said.

The Mayor’s office says their partner Renew Indianapolis is enjoying record-breaking years of redevelopment their their Blight Elimination Fund from the U.S. Department of the Treasury’s Hardest Hit Funds. They report Renew Indy demolished 118 homes in 2017 and have 67 in process in 2018. Partners King Park Development and INHP also see the demolition as a success.

“Today is the beginning of the future,” said Moira Carlstede, president/CEO of INHP. “The beginning of opportunity for us and for future generations.”