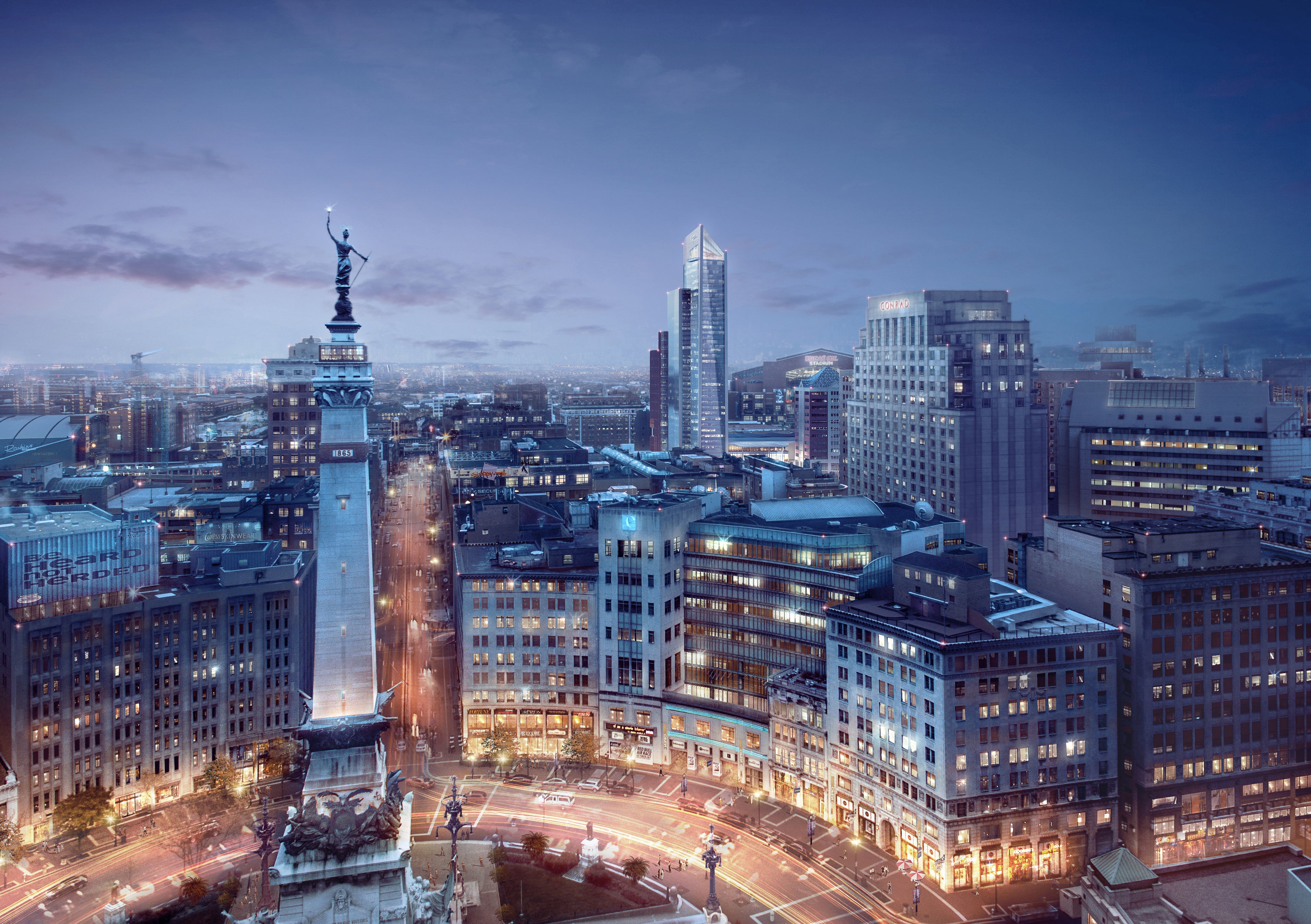 INDIANAPOLIS (WISH) — Developers will build one hotel instead of two at Pan Am Plaza until the city can ensure demand is sufficient for the second, Indianapolis Mayor Joe Hogsett said in a Friday letter to a group of downtown hotel owners and operators.

In March, 10 downtown hotel owners and operators asked state lawmakers to reconsider the construction of two new hotels as part of the expansion of the Indiana Convention Center.

The two Hilton hotels planned for Pan Am Plaza would have been built next to a new 50,000-square-foot ballroom planned as part of the convention center expansion.

The developer has agreed to build the 800-room headquarters hotel, according to Hogsett’s letter, and will include “adequate meeting space,” another concern the hotel operators and owners expressed.

In March, the hotel operators gave News 8 a study that claimed Indianapolis could not support the 1,400 rooms planned for Pan Am Plaza in addition to another 1,300 rooms already under construction.

Chris Gahl, Visit Indy senior vice president of marketing & communications, said Visit Indy research suggested otherwise: “If the study is validated, we also have Hilton validating Indianapolis. They have picked apart our future hotel and convention business and feel confident coming into the market with a brand new brand. That also gives us confidence.”

According to Visit Indy, in the past 10 years, Marion County has lost 1,000 hotels rooms, even after the JW Marriot was built.