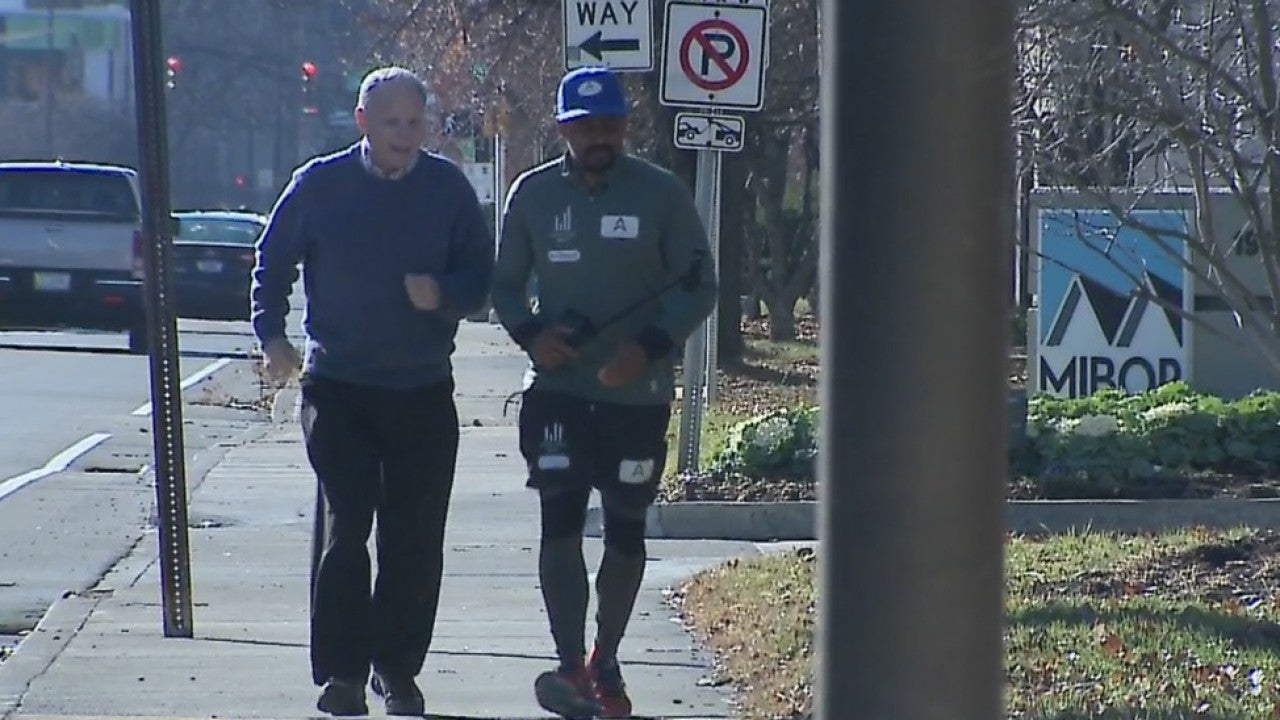 This week, Dick literally caught up with a runner who is on a cross-country journey with a mission to promote education.

Andre Belibi Eloumou has been running across the country for days. The 33-year-old started his journey in Brooklyn with plans to run the entire route to Los Angeles. But he says he’s doing it for more than just exercise.

“So it’s a message of peace, of tolerance, and as well to pay tribute to the American pioneers who built America, who started from Brooklyn, New York, a lot of them arrived there,” said Eloumou.

He said he is also dedicating his journey to the memory of his father.

“Last year I ran from France to Africa, to Morocco. I ran 2000 miles with a 20-pound backpack to pay tribute to my father, who migrated from Cameroon in the 70s to France,” he said.

Eloumou, along with his team at Partner Sports Agency, built the entire route from Brooklyn to Los Angeles.

The route goes across 14 states. He’s obviously made his way to Indiana, clocking over 700 miles already, but he will continue his journey through Illinois, Missouri, Kansas, Colorado and so forth.