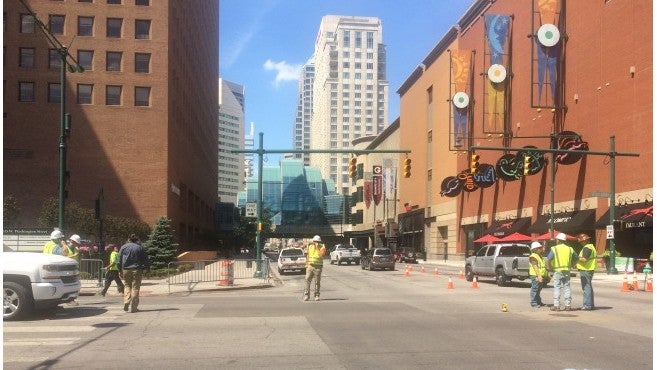 Crews with Citizens Energy Group on Thursday afternoon closed down the intersection of Illinois and Maryland streets, along with a couple blocks on each street, after finding that a brick manhole structure over 100 years old had completely deteriorated.

The collapse comes on the heels of a sinkhole that closed the intersection of Pennsylvania and Ohio streets on July 4 when a sewer line more than a century old collapsed and left a sinkhole.

Citizens Energy Group said on Sunday that the repair had been completed ahead of schedule and that they were completing rapid inspections of all downtown sewer infrastructure to identify potential issues.