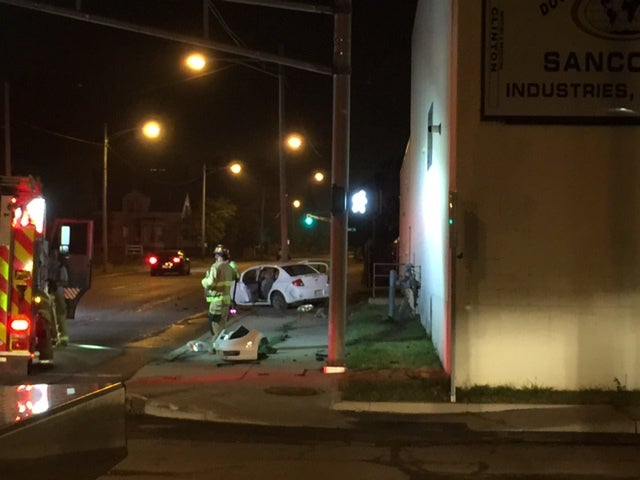 Police were called to the area at 2:48 a.m. and found a car heavily damaged near the Sanco Industries building.

Officers on scene said the car slammed into the gas meter attached to the building and ruptured a valve. The amount of gas pouring from the meter forced police to close South Clinton near the U.S. Post Office.

The road was closed for approximately 15 minutes until Fort Wayne firefighters could seal off the gas.

A NIPSCO worker showed up to make further repairs.

Police said the occupants of the car fled the area before police arrived.