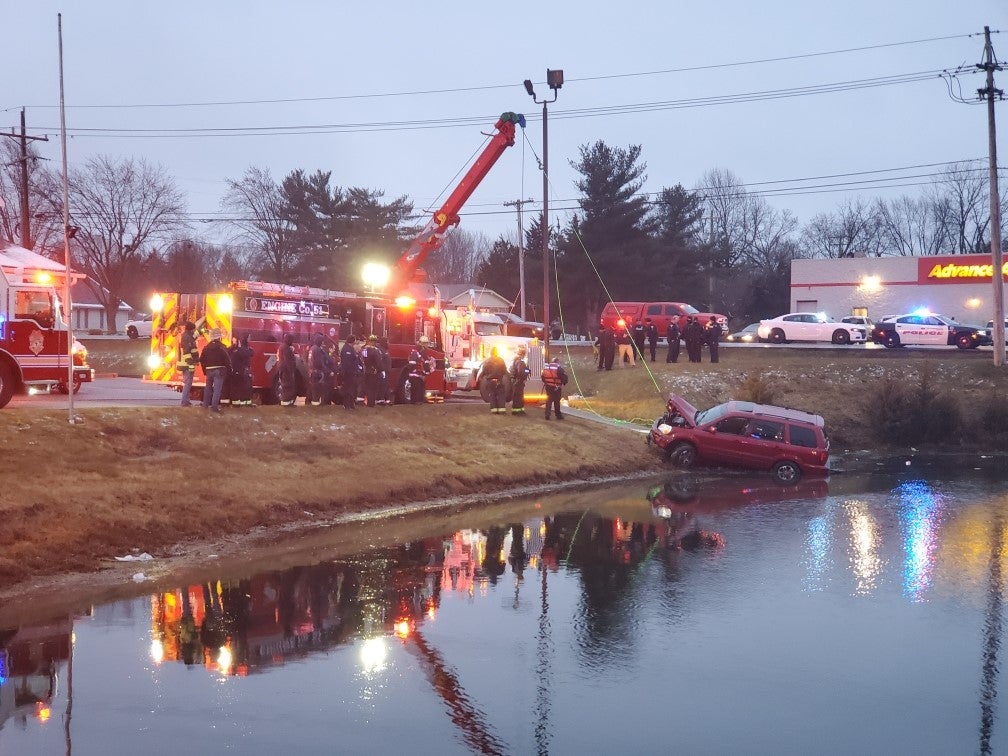 GREENWOOD, Ind. (WISH) — A man died Saturday after the SUV he was driving went into a retention pond outside a strip mall in Greenwood.

Firefighters at the scene say an SUV was traveling west on West Main Street approaching State Road 135 when the man who was driving swerved and went into the pond.

A firefighter at the scene initially said an elderly couple was in the vehicle, but a family member of the man who died confirmed he was in the SUV by himself when the crash happened.

The man was trapped in the SUV as it was fully submerged in the water. When divers pulled the man out, he was unconscious, firefighters said. He was taken to an area hospital in critical condition.

Indianapolis Fire Department, which assisted White River Township Fire Department at the scene and provided a dive team, said the man did not survive.

No additional information about the circumstances of the crash or the identities of the people involved was immediately available.