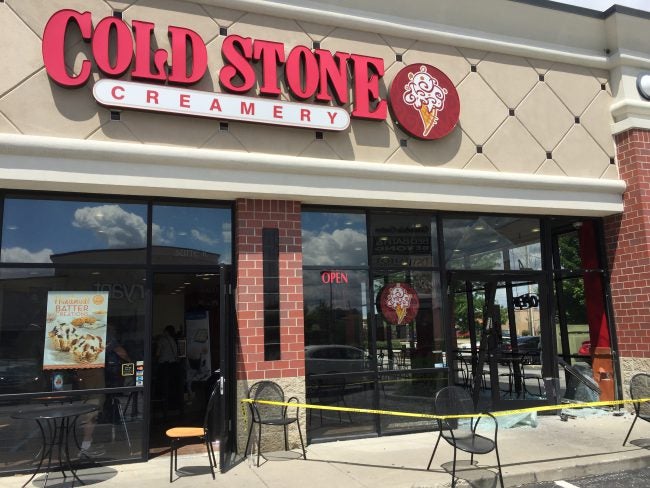 Police on scene say the woman in the car hit the accelerator instead of the brake.

Despite damage to the store door and windows the owner said they will remain open for business.