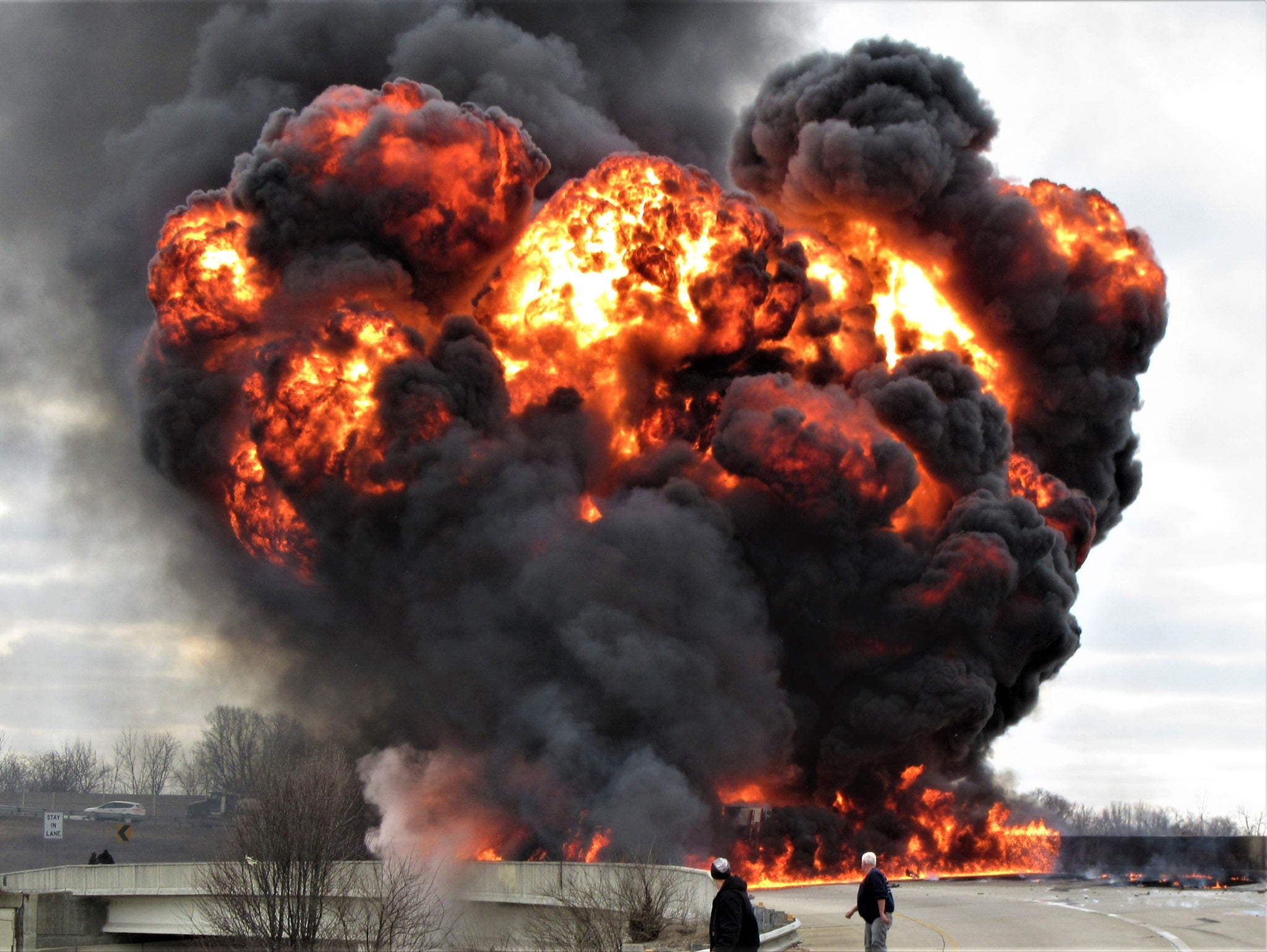 INDIANAPOLIS (WISH) — The semi driver involved in a fiery crash on I-465 in February has died, according to hospital officials.

A spokesperson for Eskenazi Health confirmed to News 8 that Jeffrey “Duke” Denman passed away from his injuries early Saturday morning.

Denman was being treated at Eskenazi Hospital for critical injuries he sustained in a massive jet fuel explosion after the semi he was driving crashed on I-465 Feb. 20. The crash created a wall of flames and an hourslong closure of Interstate 70 at I-465.

Denman was driving for Zionsville-based Jet Star at the time of the crash. Brian Guiducci, president of Jet Star, told News 8 in February that Denman was an Air Force veteran who moved to Indiana from Texas and worked as a driver for Jet Star since July.

“He’s a supernice guy. Very soft-spoken. Very quiet. Very meticulous and particular. Always smiling. Everybody likes it when he comes in the office,” the Jet Star president said in February.