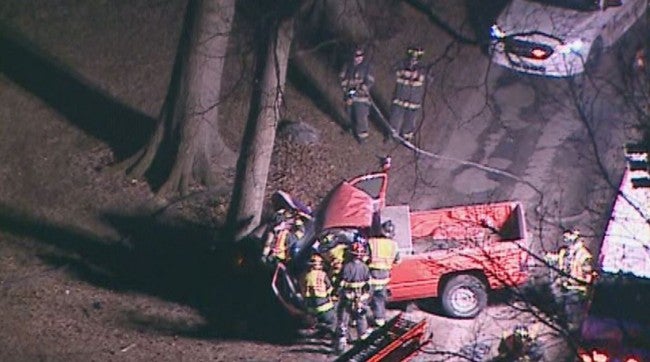 LAWRENCE, Ind. (WISH) – Emergency crews saved a man from his truck Friday morning after it crashed into a tree and caught fire.

It happened in the 5800 block of Boy Scout Road, just north of East 56th Street, around 7 a.m. This is in Lawrence.

Officials with the Lawrence Fire Department say two officers and a homeowner were the first to arrive on the scene of the crash. The three were able to put out the flames on the vehicle.

Firefighters extricated the male driver, whose legs were trapped under the dashboard, officials said. He was taken to IU Health Methodist Hospital with non life-threatening injuries.