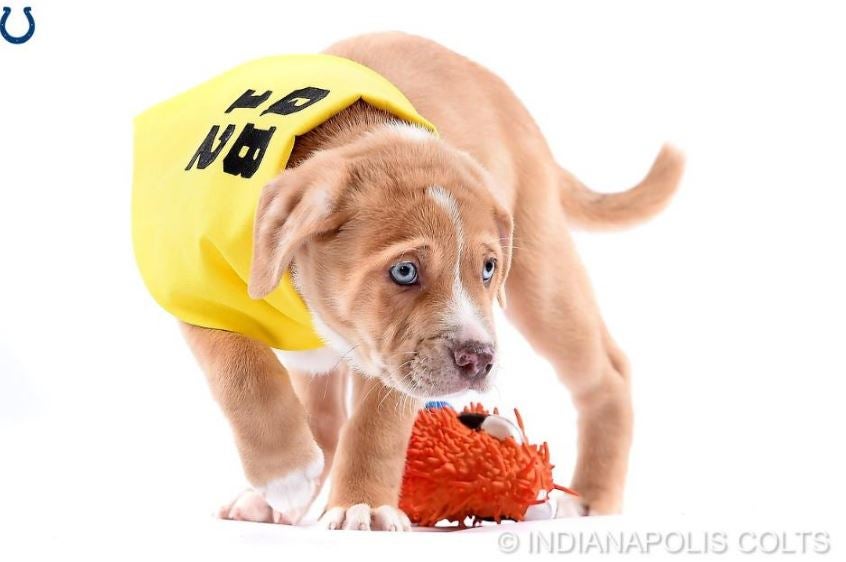 INDIANAPOLIS (WISH) – The newborn dogs found a couple of months ago by an Indianapolis Metropolitan Police officer, now have Colts gear and went through some drills at the Indianapolis Colts team headquarters.

According to the Colts, Pat McAfee and Indiana’s own Mike Epps hosted what they are calling a “puppy combine.”

They had the puppies run twenty yards, or at least tried to get them to run since they were easily distracted.

They were found in a dumpster by the IMPD, but now these puppies are the stars of our Colts #PuppyCombine!