Elderly man stabbed in his own southeast side home 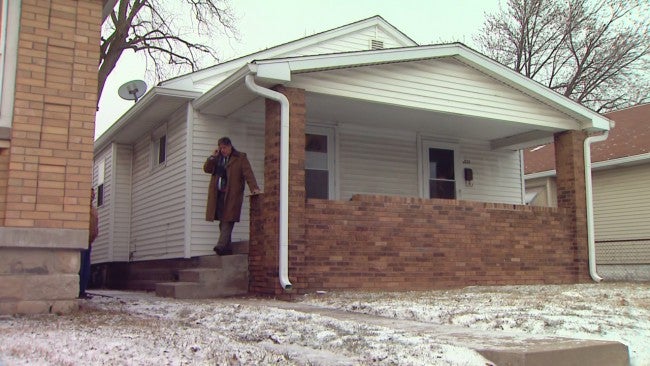 INDIANAPOLIS (WISH) – A 77-year-old man is in good condition at Eskenazi hospital, after he was stabbed in his home. As of Wednesday night, IMPD has not been able to make an arrest.

It happened Tuesday around 4:30 p.m. on the 1500 block of East Raymond Street near I-65 on the city’s southeast side. Police say the investigation has had challenges because witnesses have given conflicting reports and neighbors didn’t hear anything.

A wall is all that separates the victim’s home from his neighbor, Elizabeth Arnold’s home. Still, it wasn’t until police surrounded their duplex that she realized something had gone wrong.

Officers found 77-year-old Robert Moss stabbed. Arnold was there as he was being taken away on a stretcher. “He was alert. He had oxygen on him and he looked OK,” Arnold described.

It was especially disturbing for Arnold because he’s a long time family friend. She says her brother Christopher Estep helps take care of him, “They go to the store and doctors and all of that.”

According to police, Estep was at Moss’ at the time of the stabbing. Initial reports indicated that a suspect took off after it happened. But now, police believe the attacker knew the victim.

“There was some difficulty at the scene speaking with people due to some challenges and speaking with the victim will probably be the best course of figuring out exactly what happened last night,” said IMPD Captain Richard Riddle.

Riddle didn’t want to say exactly what those challenges were, but did say Estep is not a suspect. For Arnold, she’s just thankful that her neighbor will be home soon.

“Mr. Moss is just a real happy go lucky guy. He’s always smiling at you and asking you how you’re doing,” she explained.

If you have any information that could help investigators in this case, contact Crime Stoppers at 262-TIPS.