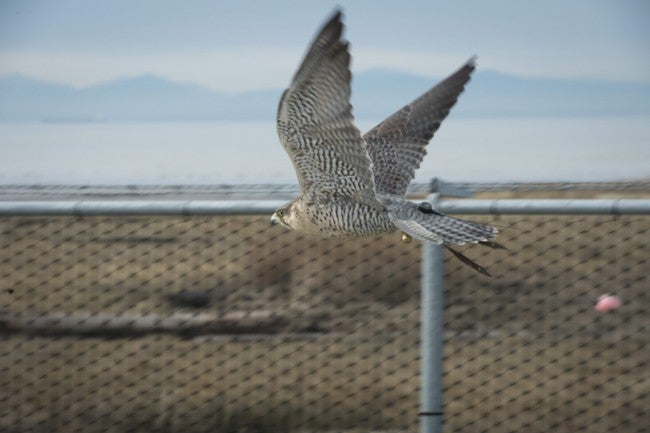 TERRE HAUTE, Ind. (AP) – Two peregrine falcons have been spotted on Vigo County Courthouse as they look for a nesting place.

The Tribune-Star reports the pair once had a nest at Indiana State University’s Statesman Towers, which are set to be demolished in April.

ISU professor Steve Lima, the falcons’ unofficial keeper, said efforts were made to make the birds “uncomfortable” at the buildings in an attempt to get them to nest elsewhere. That may have been successful, Lima said, although they’re still seen at Statesman Towers nearly every day.

“We don’t really know what they are doing,” he said.

Lima said he often sees the falcons at the courthouse, but he said it doesn’t seem high enough for a nest. They’ve also been spotted at St. Benedict Church and the WTHI-TV transmission tower.

A nesting box was placed on the Sycamore Building in downtown Terre Haute, but the falcons haven’t been spotted on a camera at the site. It seemed like the best spot for the falcons, Lima said, but they haven’t shown interest.

Lima expects the falcons will stay in Terre Haute.