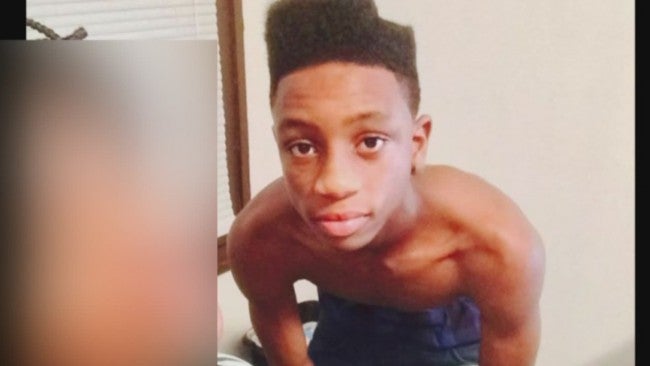 INDIANAPOLIS (WISH) – Family and friends of 15-year-old Andre Green gathered near the scene where he died to remember him on Monday night.

Family and friends set up a memorial where the teenage suspect was shot and killed by police.

Green’s family members told 24-Hour News 8 that Green perfect and that he was trying to get back on the right path before the tragic ending.

Tericka Jackson and her mother were surrounded by love and support as they returned to the scene where her brother was shot and killed by police.

“It’s too much confusion,” said Tericka Jackson, Green’s sister. “It changed me for the better, never take life for granted.”

Jackson described her brother as a fun and loving boy who was always smiling. She said she last talked to him the other day about going back to school.

“He was actually suppose to start school on Monday. Last time I talked to him he was telling me how he was ready to go back,” said Jackson.

Green’s parents were overwhelmed with emotions but around 100 people showed up the candlelight and prayer vigil to remember their 15-year-old son.

Other relatives like Angela Lamb, Green’s aunt, said she can not believe that her nephew is gone. She said he did have some run-ins with the law.

“I’m praying for Andre right now. I pray to God that his soul rest in peace. I’m going to miss him and I love him and I want everybody to know that our black youth lives  matter,” said Lamb.

While police continue to investigate to see if the shooting was justified, Lamb said family members will rely on prayer to get through this difficult time.

Green’s family is pleading with the public to come forward and to speak up.

Anyone with any information about this case, is being asked to call Crime Stoppers at 317-262-TIPS.