Family of man struck on interstate begs for break in case 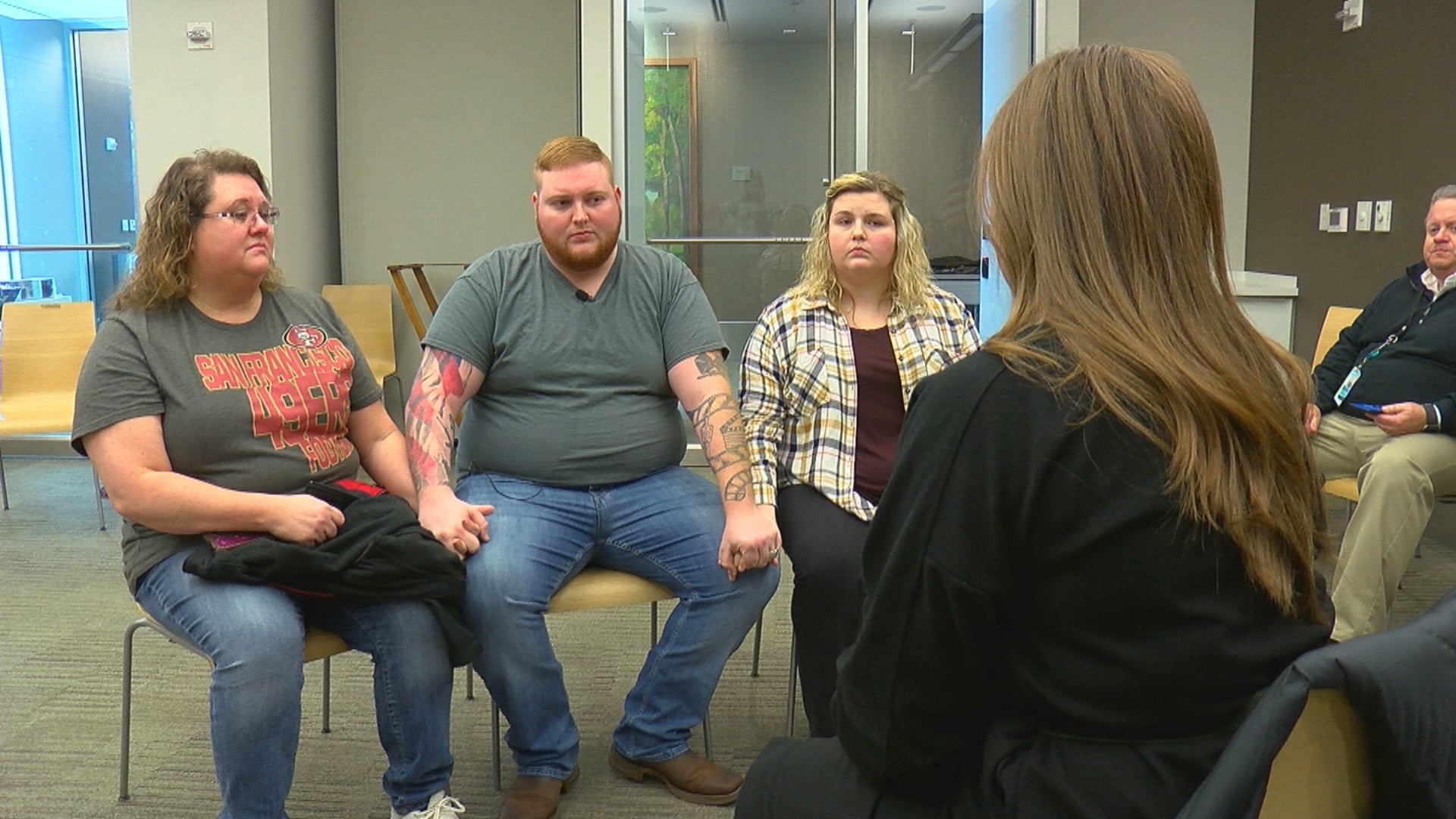 INDIANAPOLIS (WISH) — A family is begging for answers after a driver hit their loved one with a vehicle on the interstate and then drove off.

Michael Moore’s son and daughter-in-law were in the car and watched the crash happen Monday night.

They say they were headed to Indianapolis because Michael was scheduled to have surgery on Friday. Now, he is in the hospital on life support while police work to figure out who hit him.

It was around 6:45 on Monday night when police got the call that someone had been hit on the ramp from northbound I-65 to eastbound I-465.

“It was starting to snow. It was that first stage of slush,” said Nicholas Moore, Michael’s son.

Nicholas and his wife were in the car with Michael when they say they thought they got a flat tire. They pulled off onto the shoulder, and Michael got out to take a look.

“Next thing I hear is a thud, and I get out and my father is face down in the middle of the road,” said Nicholas. “All I remember after seeing the thud is looking and it was a black SUV.”

Nicholas says his wife was worried when Michael got out of the car because it was dark and the roads were slick.

“So those were my last words, ‘he’ll be fine’,” said Nicholas.

When Nicholas saw his father, he was not breathing, so he started CPR.

“He was either going to die or I was going to get him back, and luckily he started breathing again,” said Nicholas.

Michael is currently in the Intensive Care Unit at Eskenazi Hospital and is on life support. His family, who lives in Nashville, Tenn., are living out of the hospital.

“Four broken ribs and he is stapled up the back of his head,” said Nicholas.

Nicholas says whoever hit his father and drove away knows what they did.

“I don’t see how somebody can live with themselves knowing they did something like that,” said Nicholas. “There is no way that they don’t know they did it because he is the size and consistency of a deer, and you would know if you hit a deer.”

There is still hope Michael will recover, but Nicholas says he still fears the worst.

“I almost lost my father. I am 22 years old. My children would have grown up without a grandfather,” said Nicholas.

Police are looking for a vehicle that likely has damage to the front passenger side and possibly a broken headlight.

If you have any information, you are urged to contact police.