Fatal crash shuts I-65 ramp on Indy’s northwest side 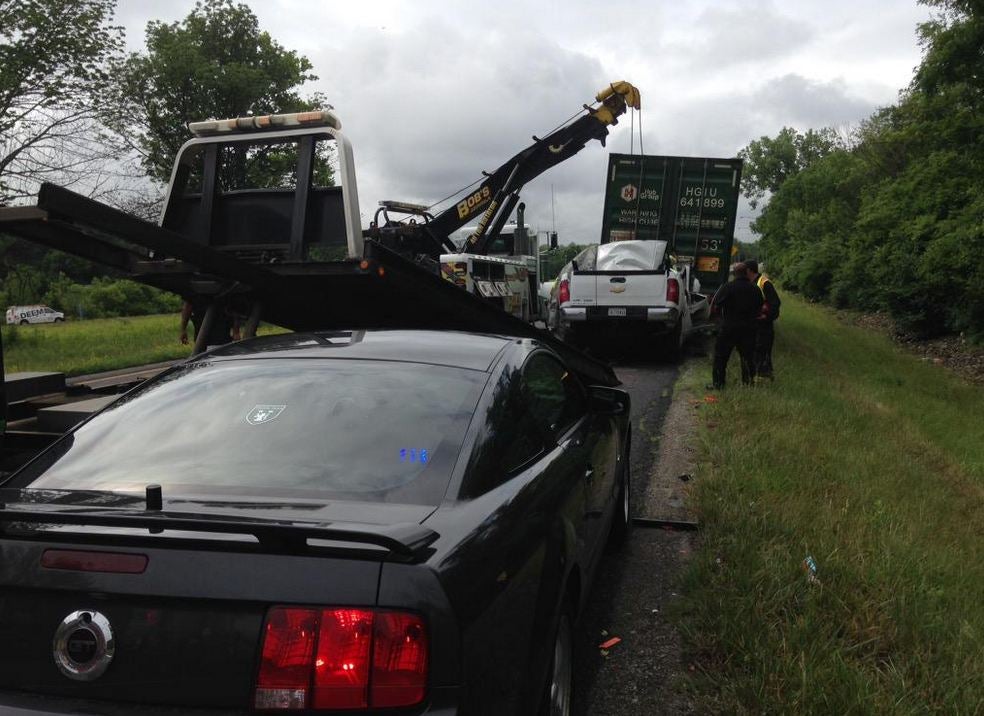 INDIANAPOLIS (WISH) – Emergency personnel shut down a northwest side interstate ramp while they responded to a fatal crash Tuesday morning.

51-year-old Murat Morrison of Indianapolis died at the scene.

It happened on the ramp of southbound Interstate 65 near Interstate 465 around 10 a.m.

The ramp was shut down after the crash near mile 123.5.

Indiana State Police officials say Morrison died after a driving his pickup truck into a semi that was pulled over onto the side of the road for mechanical problems. ISP says the semi driver, Ronald Johnson of Dayton, Ohio had placed emergency triangles behind the truck. Johnson was transported to Sidney & Lois Eskenazi Hospital with arm pain.