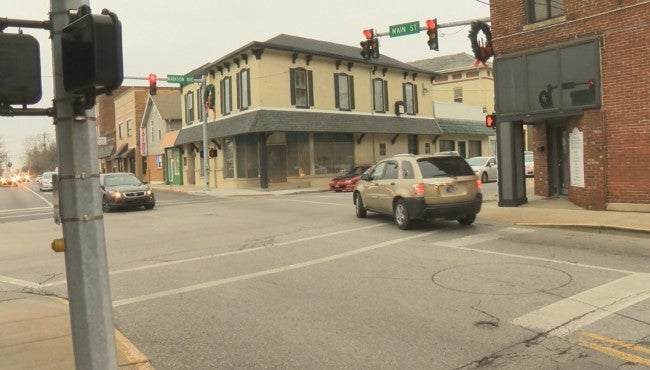 GREENWOOD, Ind. (WISH) — If you are thinking about heading to downtown Indianapolis Thursday night, the group Restore Old Town Greenwood hopes those near the south side of town will consider an alternative.

The New Year’s Eve celebrations are growing each year at the restaurants and bars in downtown Greenwood.

While there isn’t a big centralized celebration, the small business owners downtown are still throwing parties.

The Wednesday dinner rush hadn’t yet hit Revery on Main Street in Greenwood and reservations for Thursday night were already pouring in.

The restaurant has high hopes for this year’s celebration, after last year’s success.

“We stayed open past midnight last year and it was one of the biggest night’s we’ve ever had and hopefully we’ll break some records this year,” Kett said.

He said after dinner, the fun will continue in the lower level bar called Barev, where they’ll have all the usual festivities for New Year’s Eve.

“We will have a countdown, we will have champagne, so come enjoy yourself and have fun,” Kett said.

It’s exactly the type of event that puts a smile on the face of Chuck Landon.

As a Restore Old Town Greenwood board member, he and others have worked hard to make downtown a viable destination for consumers.

He said Thursday night’s activity is a great sign that the money the city and the board are investing in revamping downtown Greenwood will be worth it.

“We’re seeing other people that are interested in this area now that we’re going to start rebuilding it,” Landon said.

Besides Revery, many other restaurants have seen great success in Old Town Greenwood.

Landon believes this is just the beginning.

“When we get finished with it, it’s going to be a very nice eclectic shopping district and I think it’ll really put Old Town Greenwood on the map,” he said.

The idea of more businesses coming to this area makes those at Revery even more excited to ring in a new year.

“It’s going to bring more people to the downtown area to do more shopping and to eat,” Kett said.

If you couldn’t snag a reservation for Thursday night at Revery, the bar will be open after 10 p.m. and is open to walk-ins to enjoy the champagne toast at midnight.