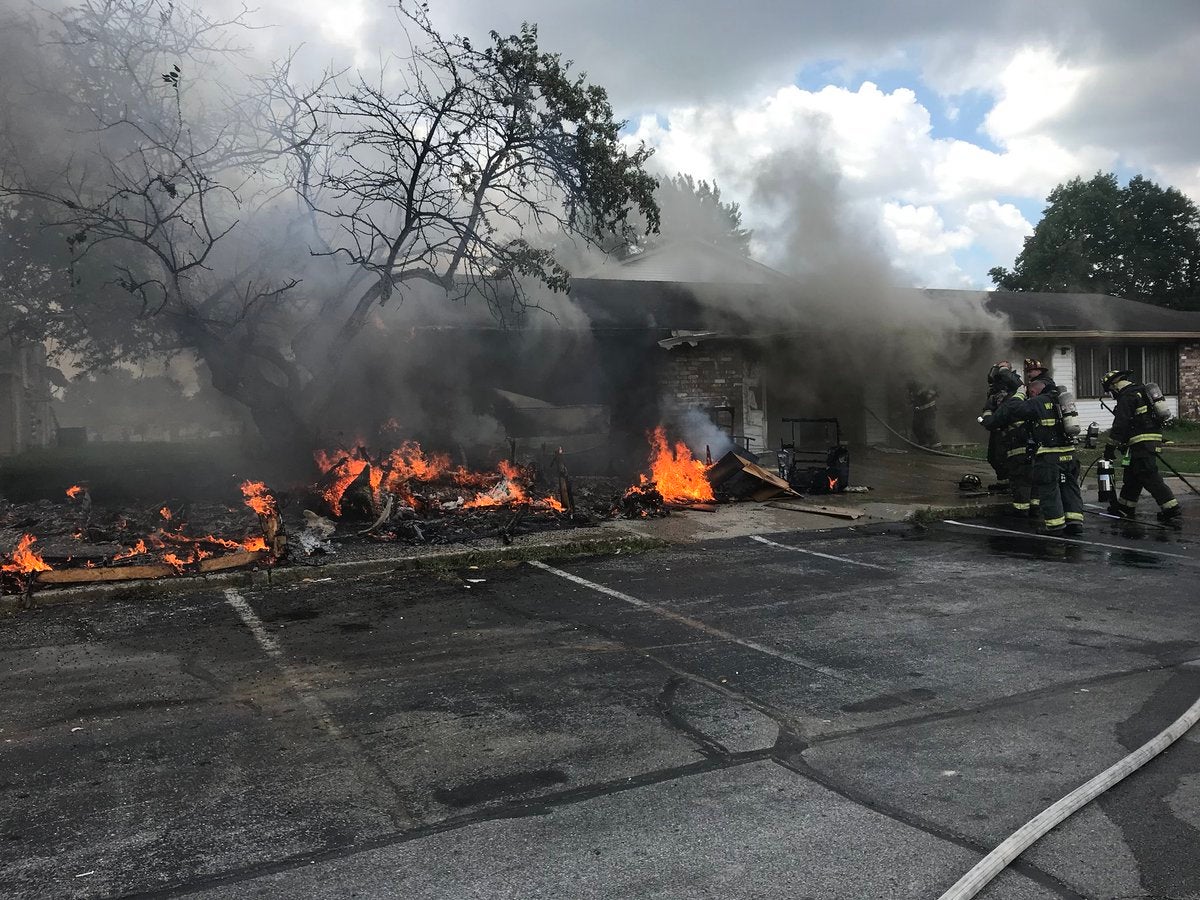 INDIANAPOLIS (WISH) — Fire officials were on the scene after a fire broke out at an apartment complex on the city’s west side Thursday.

The fire broke out at The Addison Creek Apartments located on 59 Port O Call Drive.

Officials with the Wayne Township Fire Department said that the fire started with a pile of discarded furniture that was between one of the apartment buildings and the maintenance shop for the building.

Crew had the fire under control in about 20 minutes.

Damages are estimated to sit around $100,000. There were no injuries reported in the fire.

The fire department tweeted out a video of crews dousing the fire.

The fire remains under investigation and is said to be “suspicious” in nature. If you have any information on the fire, you are urged to call Crime Stoppers of Central Indiana at 317-262-8477.