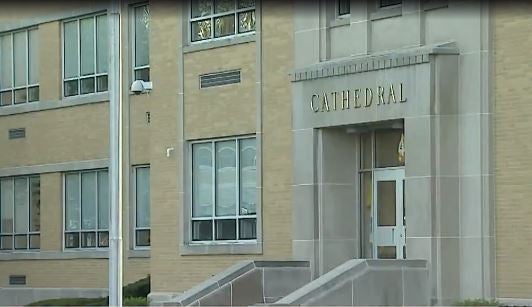 INDIANAPOLIS (WISH) — A teacher fired by Cathedral High School has filed suit against the Archdiocese of Indianapolis.

Joshua Payne-Elliott, terminated by the school in June, says the Archdiocese “illegally interfered with his contractual and employment relationship.”

According to his attorney, he has also filed Charges of Discrimination with the U.S. Equal Employment Opportunity Commission.

Brebeuf says the Archdiocese of Indianapolis will no longer recognize the school as a Catholic institution.

“We hope that this case will put a stop to the targeting of LGBTQ employees and their families,” Joshua Payne-Elliott said in a statement.

He had worked at Cathedral for 13 years.

The Archdiocese sent this statement in response:

“In the Archdiocese of Indianapolis’ Catholic schools, all teachers, school leaders and guidance counselors are ministers and witnesses of the faith, who are expected to uphold the teachings of the Church in their daily lives, both in and out of school. Religious liberty, which is a hallmark of the U.S. Constitution and has been tested in the U.S. Supreme Court, acknowledges that religious organizations may define what conduct is not acceptable and contrary to the teachings of its religion, for its school leaders, guidance counselors, teachers and other ministers of the faith.”