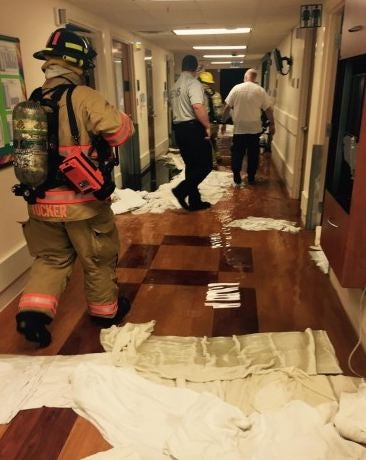 COLUMBUS, Ind. (AP) – A south central Indiana hospital is diverting all ambulances except acute heart attack patients from its emergency room after a sprinkler head broke and caused a flood.

A spokeswoman for Columbus Regional Hospital says about half of the rooms in the emergency department are affected and are not usable for patient care. Cleanup operations have begun.

The Republic reports no patients or staff were injured and all patients currently at the hospital continue to receive care.

It’s not the first time Columbus Regional has dealt with flooding. The hospital suffered $171 million in damages in a 2008 flood caused by heavy rains and was forced to close for five months.