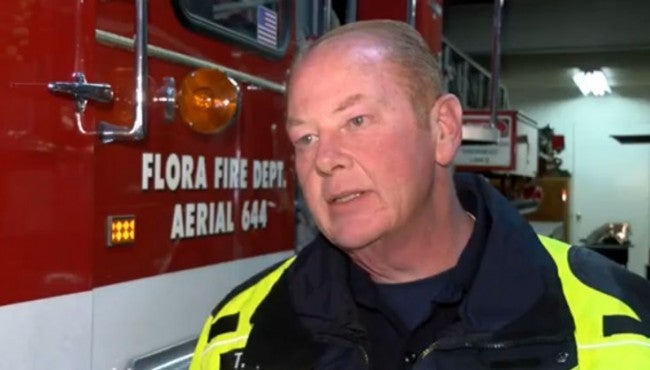 FLORA, Ind. (WLFI) — A Lafayette fire inspector has been named the new fire chief in Flora. He’ll be assisting with the investigation into a house fire that killed four sisters.

Trent is taking on the role as Flora Fire Volunteer Department’s fire chief.

“It’s a huge honor to be able to give back to your community and lead the men and women that serve under you,” said Trent.

“I think anybody that stays in the fire service for a period of time in the volunteer world would like to be chief at one point in time,” said Trent.

He is replacing the former fire chief, Adam Randle. Randle resigned a week before the day marking a year since that fire, for what were cited as personal reasons. His father, Dennis Randle, who was with Homeland Security, also resigned.

“My position will be maintaining the Flora fire department and making sure that our training station is up to date. Making sure our equipment is up to date,” said Trent.

Trent isn’t the only new face to the team of investigators working the Flora fire: the prosecutor who was working the case, Rob Ives, has also resigned. Nicholas McLeland has replaced him as Carroll County prosecutor.

Trent said as the Flora fire investigation moves forward, justice for the four sisters is his top priority.

“We want to make sure these girls get due diligence,” said Trent.