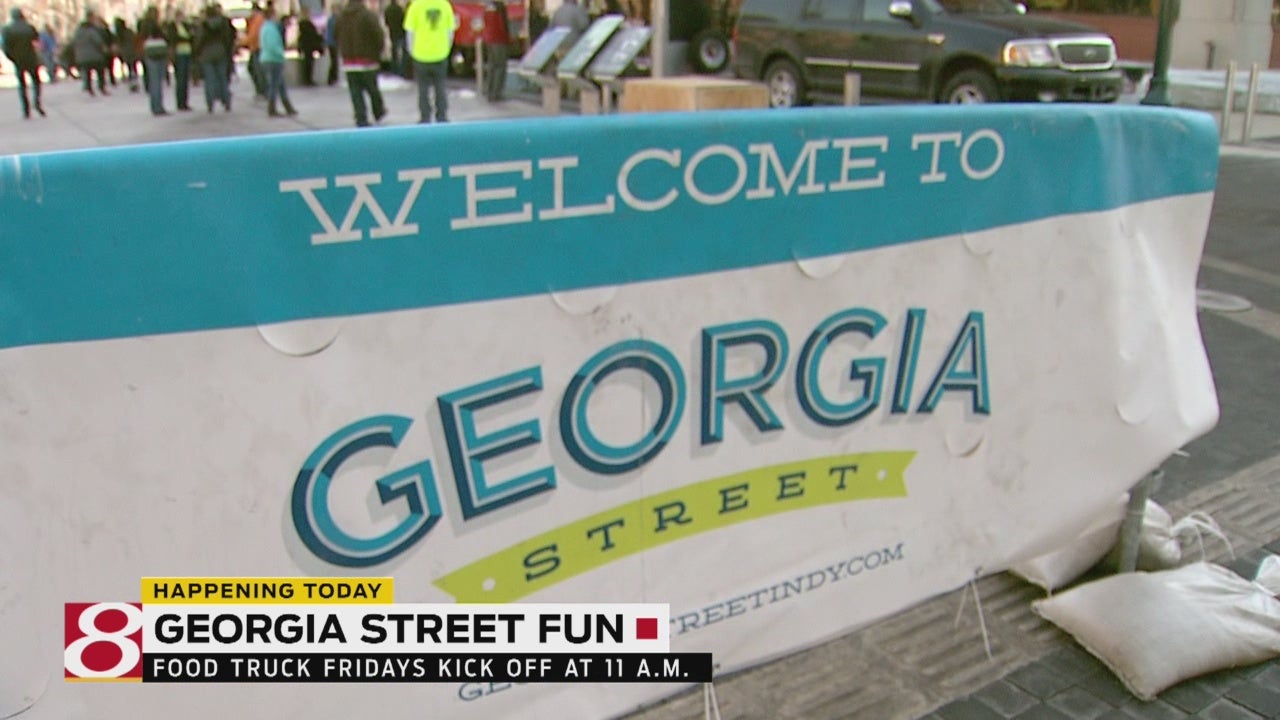 INDIANAPOLIS (WISH) – Another sign of spring is making a comeback on Friday, as food trucks return to Georgia Street.

Food Truck Fridays will be the first event to kick off spring on Georgia Street. Starting on March 13, Each Friday local food trucks will park on Georgia Street for lunch from 11 a.m. to 2 p.m. Downtown Indy started hosting Food Truck Fridays weekly last year. This year, they’re bringing it back a few weeks early, because it’s proven so successful.

Saturday, the fun will continue with the Blarney Bash for St. Patrick’s Day. From 2 p.m. to 10 p.m. Anyone 21 and up can enjoy live music, green beer and some traditional Irish foods. The food trucks will be back on Georgia Street, and area restaurants and bars like the The Pub, Kilroy’s and Howl at the Moon will all be joining in the party. Admission to Georgia Street is free.

Runners can take part in the Shamrock 5K Beer Run. Runners start with a local brew before they start the run and then pause every kilometer to enjoy another local beer. You’ll need to register and buy tickets here.

Coming up next month, workout Wednesdays will start up again. Every Wednesday starting on April 14, during the lunch hour, you can join in a workout class outside. The workouts have been very popular in the past, with dozens of people joining in classes like Zumba or aerobics. New this year, each class will feature a local celebrity. The first will be Boomer, the Pacers mascot.

Downtown Indy said these events are aimed at getting people out on Georgia Street, so they’ll be out here when the Final Four rolls around on the first weekend of April. The Final Four is expected to bring in more than $70 million to Indianapolis.

The city wants to build the weekly events up to get people in the habit of being downtown, eating local and showing off everything downtown Indy has to offer, in hopes that will draw more large events to Indianapolis.