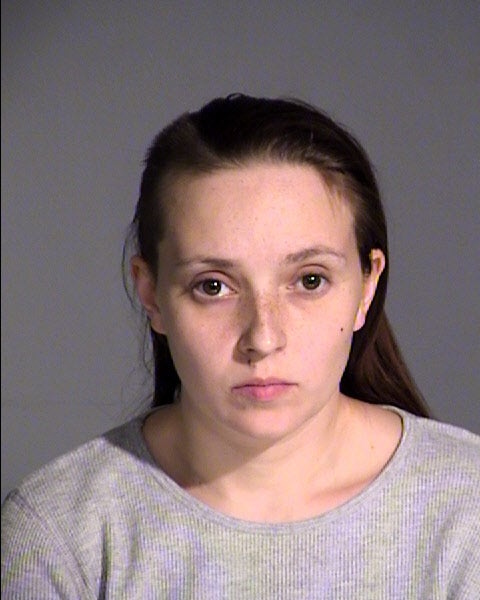 INDIANAPOLIS (WISH) – A former Indianapolis Animal Care and Control worker is accused of torturing dogs at her home on the east side.

Ashley Chastain, 30, is facing three felony counts of torturing or mutilating animals. Police launched an investigation after receiving a report from the father of her children.

Chastain used to work for IACC. She started with the agency in October 2014 and was promoted in May 2015.

According to court documents, the father of her children reported the crime to police. He told them Chastain was doing illegal ear cropping on dogs at home. He said she stole ketamine from work to sedate the animals.

He described an incident to police. Court documents stated, “Chastain and a friend were trying to crop a puppy’s ears, did not have anything to use as anesthetic for the puppy, and taped the puppy’s muzzle shut in order to try to perform the cropping.”

Documents also stated, “During that time the muzzle was taped shut, the puppy vomited, aspirated its own vomit, suffocated, and died.” Documents stated she buried the puppy in the backyard.

Her neighbors didn’t want to go on camera, but said they’re disturbed by the allegations.

Chastain’s best friend and roommate told 24-Hour News 8 in a phone interview she wouldn’t hurt anyone.

“Ashley has the biggest heart that I have ever known in my life. She’s done so much for me and I love her like a sister and, you know, I just think people should keep their business to their business,” said Katherine Johnson, best friend. “People who really know Ashley know that she would never hurt anybody or anything.”

Dock is not involved with the investigation, but is providing some insight into the surgery for 24-Hour News 8.

“Ear cropping is a surgical procedure that’s done on puppies of certain breeds of dogs that historically has been used to keep the ears safe,” said Dock.

He said the procedure is not as popular as it used to be. But with any surgery, he said you need a doctor to do the work.

“You need proper aesthetic, you need proper vital signs monitoring, you need to make sure the animal’s wound is cared for properly afterwards and that they’re getting the proper fluids during surgery,” said Dock.

Police executed a search warrant at Chastain’s home and found the puppy’s remains and other items buried in the backyard.

Chastain has an initial hearing Thursday.