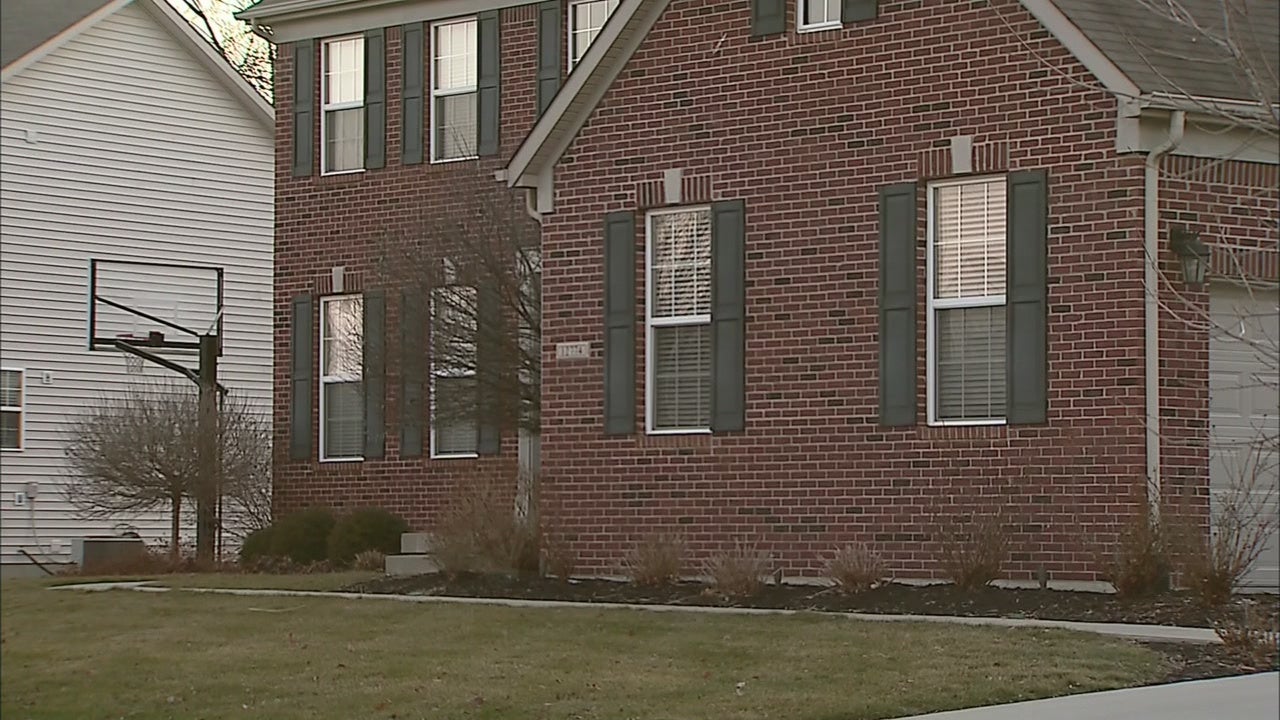 FISHERS, Ind. (WISH) — A former Park Tudor teacher and basketball coach is facing federal charges – accused of forming an inappropriate relationship with a 15-year old girl at the school.

The FBI arrested Kyle Cox at his Fishers home Thursday afternoon without incident, according to  FBI spokeswoman Wendy Osborne.

Cox later appeared in federal court for his initial hearing.

Federal court documents allege that Cox formed an improper relationship with a 15-year-old girl during the fall semester. Prosecutors allege that Cox and the girl exchanged sexually explicit messages and that Cox “devised a plan to take the student to his home, while his wife and children were out of town, so that he could engage in sexually explicit conduct with her and produce visual depictions,” the court documents state.

That plan was foiled, however, after the girl’s father discovered the images and first notified the school and later authorities.

Investigators say the girl’s father became aware of the plan and told the school on Dec. 14, 2015. Cox resigned as an employee on Dec. 15.

Legal officials released the following statement on behalf of the victim’s family on Thursday night:

Today criminal charges were filed against Kyle Cox, the former basketball coach and faculty member at Park Tudor School. The victim of the crimes outlined in the federal criminal complaint is 15 years old. She was specifically targeted by Cox, who played the part of the classic predator. He was the aggressor-planning, coercing, and acknowledging that a planned sexual encounter-which thankfully was stopped just in time-was “his idea.” This is obviously a difficult time for the victim and her family. They have fully cooperated with law enforcement during the investigation, and will continue to do so until justice is served. In the meantime, the parents of the victim issue the following statement:

‘My wife and I would like to thank the local and federal law enforcement officials who worked so diligently to make sure Kyle Cox was taken off the street. Throughout this ordeal, God’s love and the support of our daughter’s classmates and the entire Park Tudor community have given us renewed hope. Cox’s depravity is shocking-we are just thankful that we discovered his actions when we did. As our family moves forward, we will work with the school to make sure that this never happens again at Park Tudor. Our primary focus will continue to be on our daughter’s well-being, and we thank everyone in advance for respecting her privacy. Lastly, we want to remind all parents in the community to follow your intuition when it comes to the safety of your children.’

The family will have no further comment on this matter.

The court documents allege that the school’s attorney and late head master received hard copies of some of the sexually explicit text messages and the girl’s computer from her father, but failed to notify authorities for three weeks until police served a search warrant at the Indianapolis private school on January 7.

When investigators questioned the school attorney, who is not named, he initially told them he was “unable to help because of what he said were privileged communications and would not provide further information.” The attorney would later admit to police that he had taken the laptop and documents provided by the girl’s father and copied them to a thumb drive.

“No information about these steps or the related text message or documents was timely provided to any law enforcement agency or the Department of Child Services. These agencies did not know before the search at the school that the attorney retained copies of visual depictions of a minor engaged in a sexually explicit conduct and the related communications provided by the father.”

Those allegations are counter to what a school spokeswoman has repeatedly told reporters – that the school has cooperated with police.

We have just learned this afternoon that Kyle Cox, a former Park Tudor employee, has been arrested. We do not have any additional information at this time, but we will continue to monitor the situation and will continue to cooperate fully with authorities. This has been a difficult time for the entire Park Tudor community, but we will maintain our focus on the safety of our students.

Chappelle did not address specific questions by I-Team 8 about if the school should have notified authorities sooner or obstructed the investigation. She did, however, release this updated statement:

While we are aware of the contents of the criminal complaint, it is not appropriate for us to comment on the specifics of an ongoing criminal matter. We reported the allegations against Mr. Cox to Child Protective Services within 24 hours, and we are fully cooperating with the police investigation. The safety of our students continues to be our top priority.

The former head of school, Matthew Miller, died unexpectedly last month. Authorities said it was an apparent suicide. At the time, the school released a statement saying that none of its current employees were targets of the investigation.

According to the court records, when the girl’s father spoke with school administrators on Dec. 14, he allowed the school to keep his computer overnight to review the messages.

Two days later, search warrants were issued for Park Tudor and Cox’s residence in Fishers. Federal, state and local law enforcement descended upon the school on Jan. 7. When Cox was located at his home, officers first observed with his phone in his hand. The phone was then confiscated.

While serving the search warrant at Park Tudor, the school’s attorney admitted that the school had received the father’s laptop three weeks earlier, stating that digital files were copied and other documents were duplicated. Neither law enforcement or the Department of Child Services were notified that the attorney had made copies until the search warrant was served. The files and documents depicted “a minor engaged in sexually explicit conduct.”

On the same day of the search warrants, detectives met with the girl’s father. According to court documents, his initial discovery of images on his child’s phone occurred on Nov. 28. On Dec. 12, the girl admitted she had been conversing with Cox after being confronted by her father, who had become suspicious.

Regarding the computer and documents he had given to the school, the father said hard copies of the messages that he had turned over were never returned. The next time he turned on his laptop that had been returned, he received a message that a USB had not been ejected properly.

An interview with the victim revealed that Cox began texting her in September of 2015 and “things escalated from there,” according to court documents. She says he “coaxed” her into sending images of herself and that he sent pictures of his genitals. She said they would converse via text message, Instagram and Snapchat. The victim also stated that Cox told her to lie about their relationship after the school found out and that she had created “both sides of all the text messages,” according to court documents. He allegedly told her he was going to in a lot of trouble if she told the truth and for her to make sure he doesn’t go to jail.

The day before Cox resigned, a witness stated that Cox sent the victim a message on Instagram asking “am I getting fired?” The witness allegedly saw the witness on the victim’s phone and also said that Cox sent another message asking the victim to say that she used the iPad in Cox’s office to plant the text messages.

Detectives also discovered that on the day his employment was terminated with his resignation, Cox was permitted by the school to take a computer off of school property to remove “personal” files from it. Cox would return the computer the next day.

In addition to attempting to get the girl to his home, Cox is accused of trying to get her to engage with him at two locations at the school.

Investigators learned that Cox signed a confidentiality agreement with the school on the day of his termination, prohibiting him from contacting any Park Tudor students or discussing his resignation from the school. A day after signing this agreement, Cox began exchanging text messages with a male student at the school, stating “the nice thing is that I can get any job in the state…I’ve positioned myself to be marketable,” and “I would turn my head if you messed her up,” when discussing the victim.

Cox is due back in court on Feb. 8 for a detention hearing.