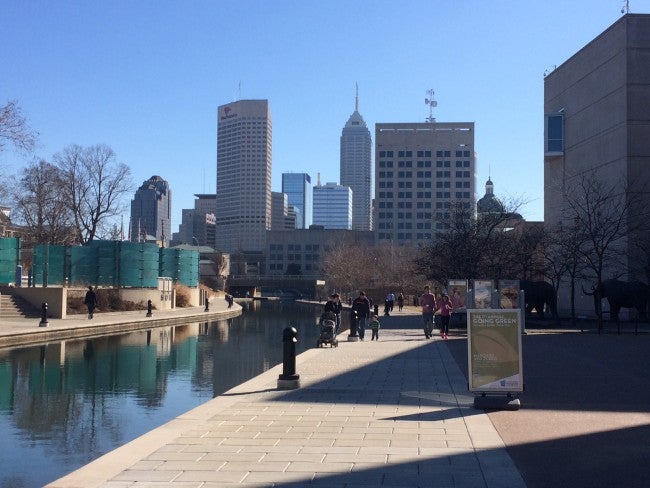 INDIANAPOLIS (WISH) — With 72 degree temperatures it appears as though spring weather has popped. And people were out and about all day enjoying it.

“Just going to the restaurants, walking the trails, having the dogs out, it’s just fantastic,” said Stacy Able, while walking along the Monon.

The last time it was this warm was five months ago, making today feel more like a heat wave.

“Beautiful weather, it’s just nice to thaw out from the rough winter,” said Walter Able, walking with his two dogs.

Off went the winter coats. Out came the golf shoes.

“Been waiting a long time for it,” said Brenda Turner while playing a round of golf.

“About a week and half ago everything was still under snow,” said John van Valer, the manager of Stony Creek Golf Club.

“Its not as long as last winter, so its all good,” said Martin Turner.

While this winter wasn’t as snowy as last, there was still record-breaking cold. And because it now appears we’re out of the worst of it, we all have something to dance about.

“Love it, just can’t get enough of it,” said Brenda Turner.