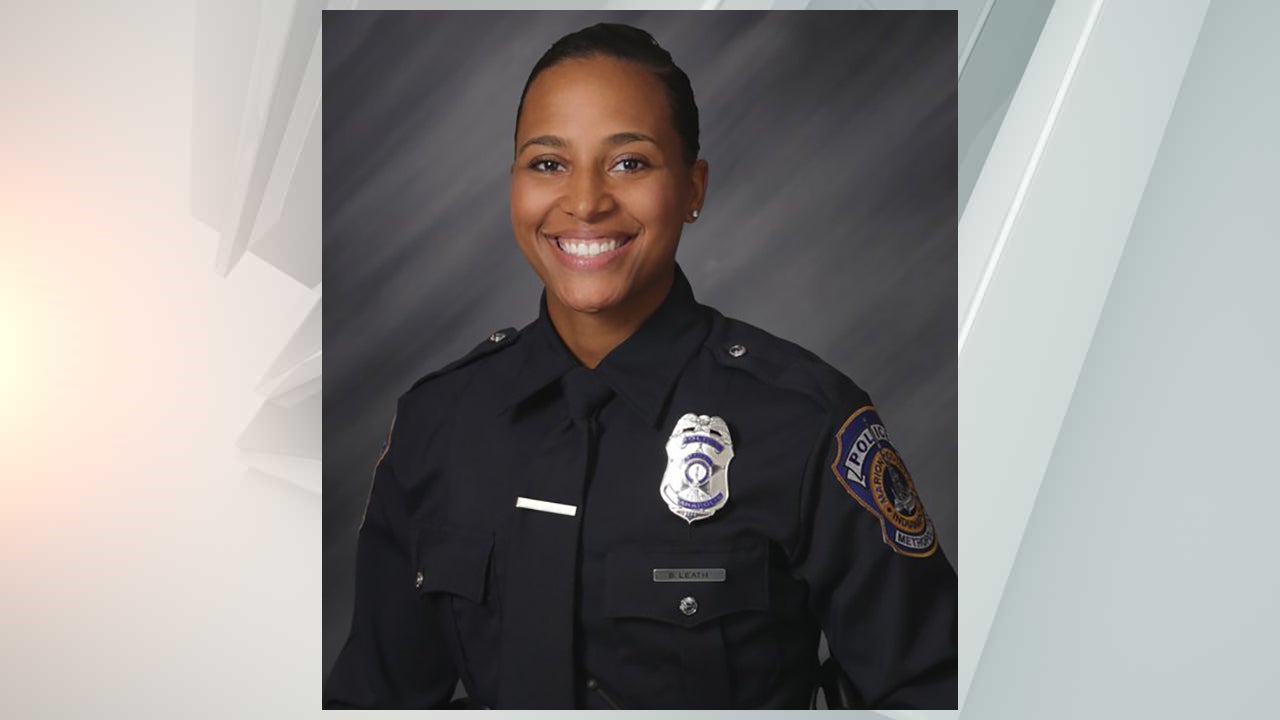 INDIANAPOLIS (WISH) — Funeral arrangements were announced Saturday night for IMPD Officer Breann Leath, who on Thursday was shot and killed in the line of duty.

The funeral will be held at 11 a.m. Thursday at the Indianapolis Motor Speedway. There will be no public visitation, and the public cannot attend the services in person, due to guidelines regarding COVID-19 from the Centers for Disease Control and Prevention. They will instead be able to participate virtually, IMPD said. No additional details about that virtual participation were immediately available.

Officers who attend the funeral will remain with their vehicles to Leath “prior to the beginning of the service,” IMPD said.

The funeral is arrangements are handled by IMPD, the Indianapolis Fraternal Order of Police Lodge 86, and Indiana State FOP.

Leath was a lifelong resident of Indianapolis, a graduate of Southport High School and a member of the Army National Guard. She was also the mother to a young child.

The 24-year-old officer was shot and killed while responding to a domestic dispute just after 2:45 p.m. Thursday in the 1800 block of Edinburge Square at an apartment complex located southeast of the I-70 interchange with I-465.

A woman inside the residence was also shot. She was taken to a hospital. Police describe her condition as stable. She has not been publicly identified by police.

IMPD on Friday announced the arrest of 27-year-old Elliahs Dorsey on preliminary charges of murder and attempted murder in the case.

The Central Indiana Police Foundation has established a fund in Leath’s honor at the request of her family. The fund will serve as the official fundraiser to accept donations on behalf of the family, to assist with burial arrangements and to provide a trust for her young son.