Garage and car destroyed in northeast side fire 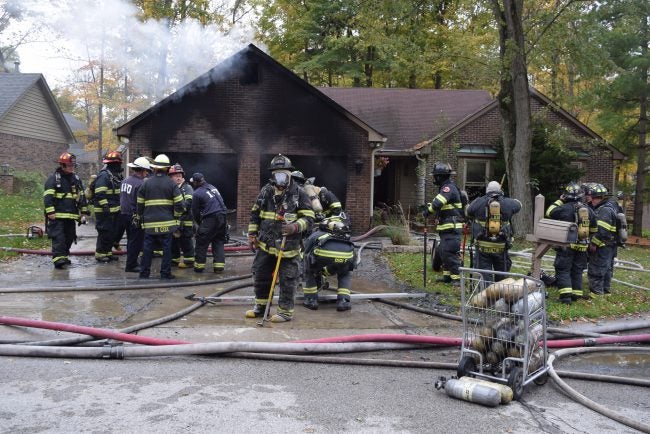 INDIANAPOLIS (WISH) – Two men and a dog escaped a fire on Thursday morning.

According to fire officials, the fire started in the garage, leaving behind heavy damage.

Firefighters responded to the 8300 block of Tequista Circle around 10:50 a.m.

A 2014 Red Hyundai Elantra was completely destroyed in the fire.

The homeowner, Kyle Looper, said he was asleep when the fire began. He woke up to the smell of smoke.

A neighbor ran over and alerted them of the smoke as well.

The other man in the house, 25-year-old Eric Araiolo grabbed the dog and everyone evacuated.

The cause of the fire is still under investigation. Firefighters estimate the damage to the garage and house at $200,000.