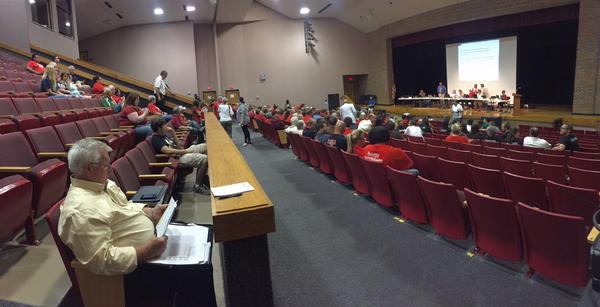 INDIANAPOLIS (WISH) — A Northern Indiana school board voted Monday to retire the school system’s 89-year-old name, the Redskins, after deciding it was offensive.

The Goshen Community School Board met for hours, hearing from community members on both sides of the issue, according to WNDU.

Much of the debate centered around what the word “redskin” means.

“I am not your mascot,” WNDU reports one Native American speaker argued.

Others said that they saw no need for the change, stating that it would end decades of tradition.

The board voted five to two to drop the name, effective January 1.

A new nickname has not been chosen. Officials say making the change will cost between $7,000 and $16,000, WNDU reports.