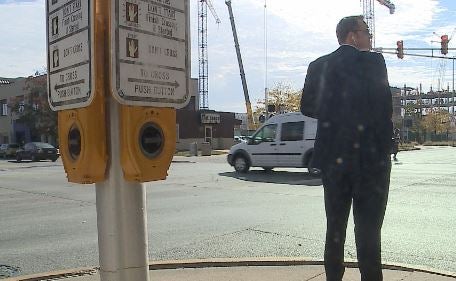 INDIANAPOLIS (WISH) – A survey by WalkScore says Indianapolis is the third worst American city in terms of walkability. The survey compared Indianapolis with 32 other cities with populations over 500,000 people.

New York City came in as the most walkable, followed by San Francisco, Boston and Philadelphia

But after numerous high-profile hit and run accidents like the one involving Antonia Young in December 2014, Indianapolis is looking to improve its ranking.

16-year-old Young was killed as she was walking with a friend along Franklin Road near 34th Street. There are no sidewalks in the area, so investigators say they were walking along the street. IMPD says the driver has never been found.

“I think what we have is certainly unintended consequences,” said Kim Irwin, who is leading the group Indy Walkways. “Nobody deliberately set out to build a community that wasn’t safe and accessible for everyone.”

But the city’s infrastructure isn’t keeping up with it population growth.

“Downtown is incredibly walkable, but when we get into the neighborhoods, when we move into the outer townships, the way our development patterns have happened, the way our city has developed, those are generally not as walkable,” said Irwin.

“Downtown is definitely great. I’ve never had any issues with it personally,” said Jason Newman while walking downtown.

Indy Walkways is looking for input. They want to know how best to apply what’s worked downtown to other parts of the city.

“With all the growth in this area, this is a pedestrian area,” said Stephanie Reinhart, while walking near Mass Ave. “It counteracts what the city is trying to do if we can’t make people feel safe.”

Working with the mayor’s office, Indy Walkways admits there isn’t enough money to build sidewalks everywhere. But other solutions include adding lighting, improving visibility at intersections and making crossings safer.

“Part of what’s so important about this is to have a public conversation about priorities, and frankly how we pick,” said Irwin.

Indy Walkways’ survey will be active for the next weeks. They hope to give their proposals to the city by March.