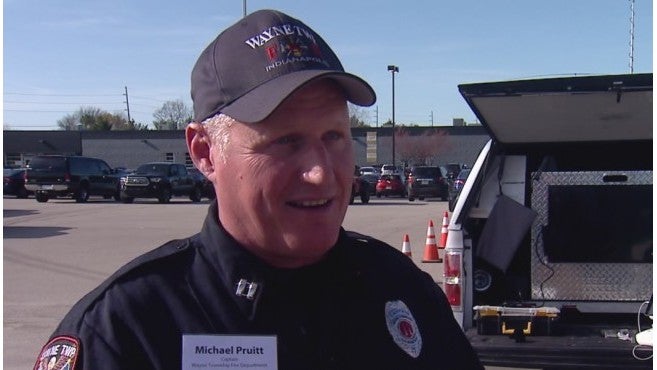 FISHERS, Ind. (WISH) – Hundreds of tech experts and first responders are in Fishers and will be working through the night to figure out ways to improve technology for emergency crews.

It’s a hackathon competition through AT&T.

The goal here is simple: create a product that first responders can use to make their jobs easier and you can win up to $16,000.

In the mad rush to a scene, emergency crews depend on communication. In the worst-of-the-worst tragedies, cellular service is far from guaranteed.

Ed Davis remembers all too well when he ran the Boston Police Department during the marathon bombings that killed three people on April 15, 2013. Cell service was out for a day, and they relied on two-way radios.

“Not being able to communicate with your officers in the field through a system you use all the time was problematic,” he said.

When it comes to police technology, he does not hold back.

“Way behind other industries we need to be brought into this century,” he said.

“There’s a joke if you haven’t gone through the police academy you can’t be trusted,” he said.

That’s why he came to support the AT&T hackathon. For 24 hours, hundreds of tech developers will work with first responders around the state from emergency medical services to the U.S. Army to improve their gear.

“We want to share it with other people who may not be on scene with us maybe decision makers who can help resolve whatever that emergency call we’re on,” he said.

Pruitt is hopeful developers can come up with a way to fix that problem. He said the key to departments using it will be affordability and if it’s easy to use.

Developers’ minds are racing already. One idea: a smart, flashing alert to help the deaf during a tornado warning.

“They don’t know the actual alarm is sounding a couple blocks away and they need to get in their basement,” said Cameron Dershem, who from Indianapolis and looking to compete. “So we might be doing something along those lines with getting being able to remotely trigger, say, smartlights.”

Tens of thousands of dollars in rewards are on the line, but if an idea has legs there’s no price on saving a life.

AT&T is building the first-ever nationwide public safety communications system, which came due to a law passed by Congress. It was created in the wake of communications struggles for law enforcement after the September 11, 2001, attacks.

The winners for this competition will be selected Saturday evening.