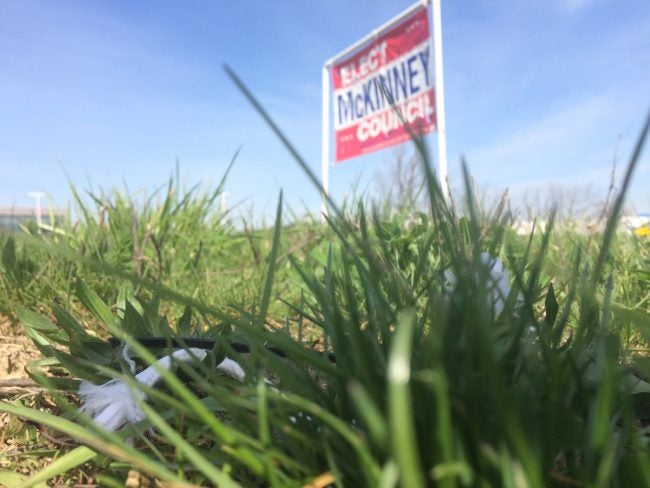 In April, Rick McKinney was puzzled as to how five signs, totaling nearly $1,000 went missing. Instead of signs, he found ripped rop, and a cell phone.

A device prosecutors say helped solve the case. The phone was found at one location, but court documents show it pinged at every site where signs were stolen on the very day they went missing.

But court documents show he talked to deputies. He told them his phone went missing and added, “Stranger things have happened,” and “Someone must be setting me up.”

Since McKinney, a current councilor, approves the county prosecutor’s budget, a special prosecutor investigated the case. He said it took six months because of the investigation into the phone.

Hern is a Fall Creek Township trustee. He won the county council primary in April, and is on next month’s ballot.

McKinney spoke to us by phone. He’s glad to see a charge filed. With the election two weeks away, he would like Hern to resign if elected.

If convicted, Hern faces one year behind bars, and a $10,000 fine. We reached out to him by email, but have not heard back.

The person listed as his attorney declined to comment. No court date has been set for his first appearance.