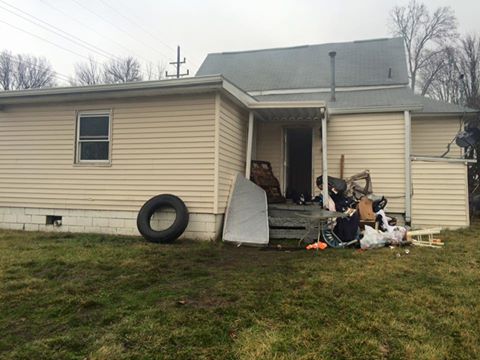 GREENWOOD, Ind. (WISH) — Hoarder houses are becoming more and more of a challenge for firefighters.

It’s happening so often that the Greenwood Fire Department is actually starting specific training to help handle those types of residences.

The first thing they need is a vacant house to do the training.

The city recently bought a house at Main and Meridian to tear down for an expansion of the Mrs. Curl parking lot.

But before demolition, the fire and police departments are taking advantage of the empty structure for specialized training.

“We basically smoke up the house, send the crews in and they have to find victims and have to pull the victims out,” Greenwood Fire Department Division Chief of Training Bryan Johns said.

But there are more obstacles in their way than during a typical training.

They were previewing a special training the department will be doing next week.

“Now we are currently prepping the house for hoarders, or heavy content training,” he said.

Johns said those houses are becoming more common for the firefighters.

So he’s going to turn this vacant house into a hoarder house.

In those houses, they usually have a very narrow path to get to anyone inside.

“Anybody that has something they’re wanting to get rid of we usually grab it, pick it up with a trailer, bring it here and start storing it,” he said.

But without a vacant house like this one the training wouldn’t be possible, so Johns is grateful the city is holding off demolition.

“We’re going to get about four weeks of training out of the house,” he said.

“When you have a house like this, that’s about as close as we can get to maybe a live fire event,” Assistant Greenwood Police Chief Matthew Fillenwarth said.

Greenwood police officers have also been able to practice drills in the house.

“We like to use it, especially for like our SWAT team,” Fillenwarth said. “It’s a different structure and sometimes we can break down doors.”

Both men said training in older Greenwood houses like this is rare, but very valuable.

“If you use the same training house all the time, guys kind of get to know the layout,” Johns said.

There isn’t a date yet for when the house will most likely be demolished.