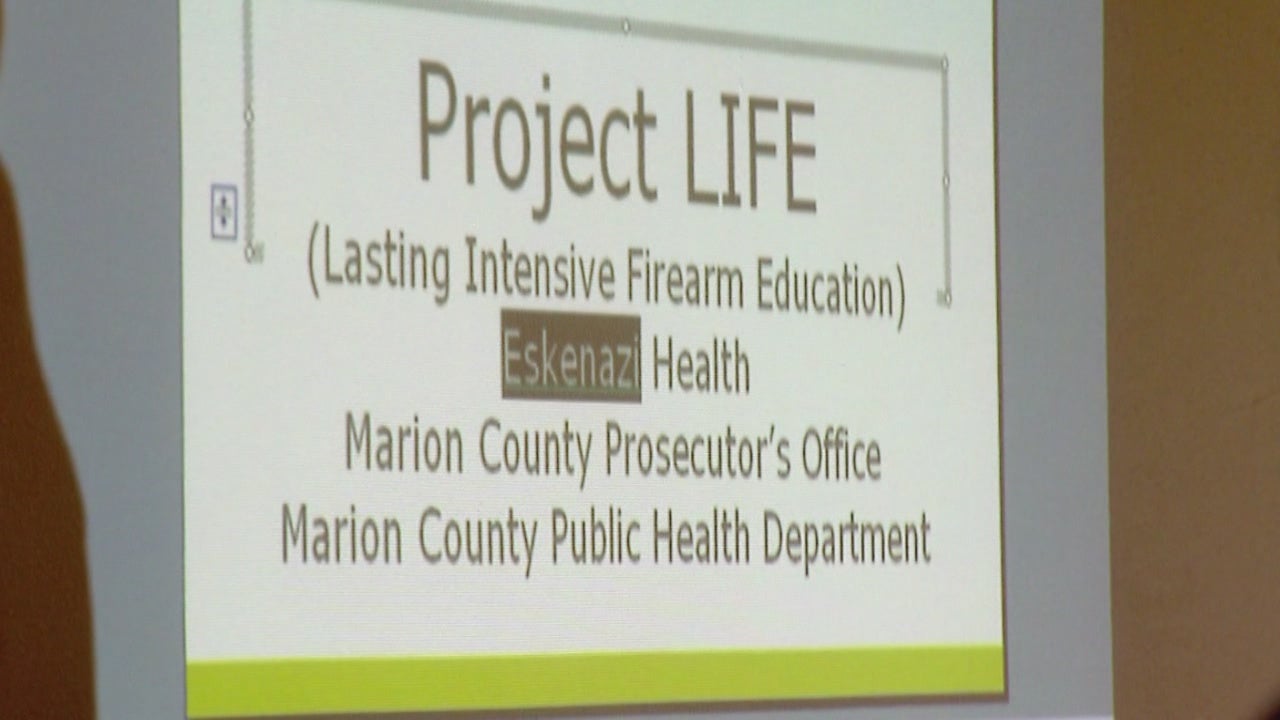 INDIANAPOLIS (WISH) – One hospital in Indy is working not just to save their lives, but change them for the better. The program is called ‘Prescription for Hope’ and it started in 2009 at Sidney & Lois Eskenazi Hospital.

It focuses on shooting, stabbing and assault victims. Last year, Sidney & Lois Eskenazi Hospital had 424 of them.

The program’s goal last year is the same this year, make sure those same people don’t end up in a hospital bed again.

Opening up drawers and cabinets, Dr. Gerardo Gomez showed us the tools he uses to save lives at Sidney & Lois Eskenazi Hospital Level 1 Trauma Center.

“We resuscitate them here, we take them to surgery, we fix them up and then we let them go home,” he said. But sometimes they end up right back at the hospital for the same reasons.

“Once you’ve been shot or stabbed, you do have an increased probability of being shot or stabbed again within the next three to five years,” said Dannielle Gilyan, Injury Prevention Coordinator at Sidney & Lois Eskenazi Hospital. Her three person team runs the Prescription for Hope program, screening and interviewing patients who’ve been shot, stabbed and assaulted.

“What brought you to this point? What has been going on in your past that you are currently here with us suffering from this injury and what can we do to help mitigate that or change your lifestyle,” she said listing the questions they often ask. She already has some of the answers in the form of programs.

One named ‘Project Life’ teaches teens about the consequences of a violent lifestyle. Another helps adult men with anger management and communication skills.

“We have screened over 70 participants so far this year and we have enrolled probably about 50 participants for 2015,” said Gilyan. She added that about five percent of those people will end up back in the hospital again. But without Prescription for Hope, she said it would be closer to 30 percent.

“If we can just help one person with this program than that’s a win,” she said.

In the six years the program has been around – she says there have been countless success stories.

It’s not just the victim who can enroll. Family members as young as 12 years old can sign up.

Sidney & Lois Eskenazi Hospital isn’t trying to only stop repeat victims, it wants to prevent people from getting assaulted all together.