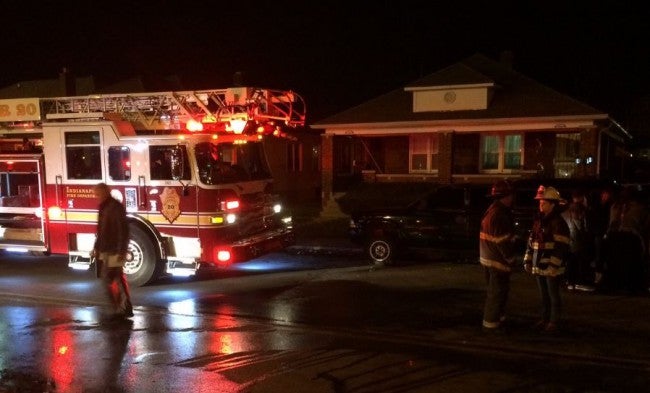 INDIANAPOLIS (WISH) — A 75-year-old man died in a house fire Sunday evening on the east side, according to the Indianapolis Fire Department.

Firefighters were called to the 900 block of North Linwood Avenue around 6:35 p.m.

An IFD official said the man, who was on oxygen, fell asleep while smoking, and his bedding is believed to have caught fire. A neighbor heard a loud noise likely caused by the oxygen canister discharging, IFD says.

He died of smoke inhalation, according to IFD.

There were no working smoke alarms in the home.

Neighbors told firefighters that they had warned the man about the dangers of smoking while using oxygen.

The home is a duplex, and the displaced residents plan to stay with neighbors for the night.

The man has not yet been identified.

IFD says this is the third person to die in a fire this year.