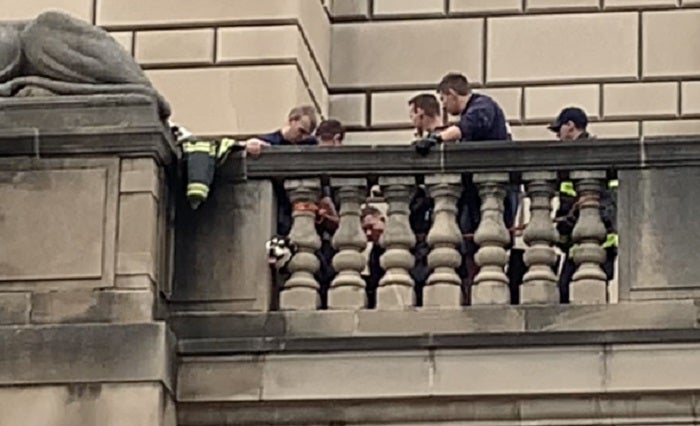 INDIANAPOLIS (WISH) — Quick and creative thinking on the part of the Indianapolis Fire Department helped Frankie, a 2-year-old Australian Husky Shepard, out of a tricky situation Friday afternoon at the Indiana War Memorial.

While on a stroll with his owner, Frankie managed to lodge his head and neck through a cement pillar on the walking deck at scenic memorial downtown.

After panic set in, Frankie’s owner phoned for help and a team of firefighters arrived shortly on the scene.

After being stuck for just over one hour, firefighters were able to loosen one of the pillars, and Frankie was freed.

What followed were plenty of treats, a fresh bowl of water and a incredibly revealed owner celebrating with the IFD.