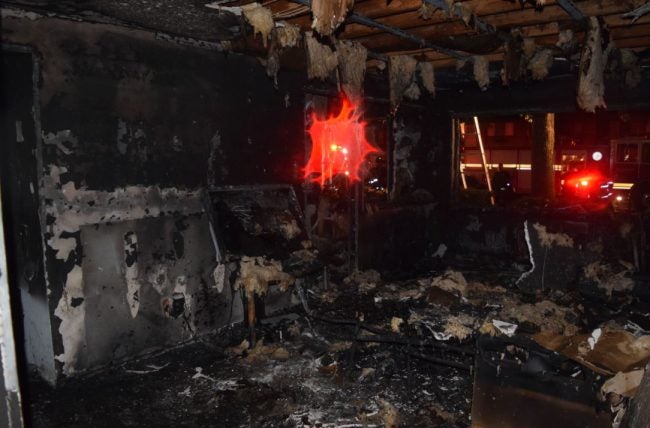 According to the Indianapolis Fire Department, the fire broke out in the 7200 block of Twin Oaks Drive at 3:19 a.m.

When IFD arrived on scene at least 15 residents had evacuated.

After investigation, IFD said unattended grease on the stove is believed to be the cause of the apartment fire that caused three residents to evacuate and one teenage to jump from his balcony. Four other members of the teenagers family waited for firefighters to arrive and were rescued from the back of the balcony after heavy smoke and fire blocked their exit.

Medics checked all on scene and said there were no injuries.

One of the residents told firefighters she was cooking food on the stove when she fell asleep. She said she was woken up by the smell of smoke in her apartment. The apartment above her’s was heavily damaged as well, but the resident was not home at the time.