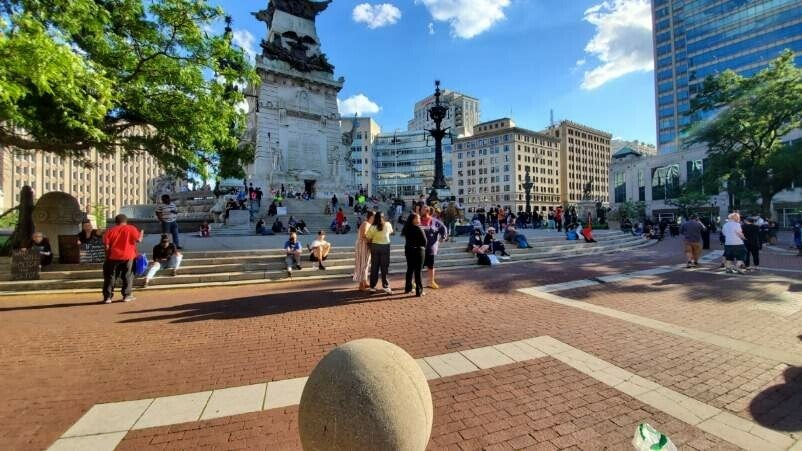 Investigators were called to the area around 8:30 p.m. Monday.

According to IMPD, the area had been opened for traffic and protesters had moved into the street.

A public information officer said damage was possibly done to the vehicle and the driver continued traveling forward.

Police said several people were brought in for questioning. The driver is cooperating and speaking with officers.

IMPD says a video of the incident posted to Facebook is “partial.”