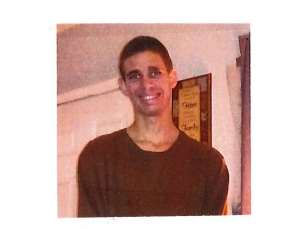 Tackett is described as a 6-foot 1-inch white male who weighs 140 pounds with brown hair and blue eyes.

Before his disappearance, Tackett was spotted wearing a gray t-shirt with “Jesus” written on the front, a blue “Starter” jacket, blue jeans and blue tennis shoes.