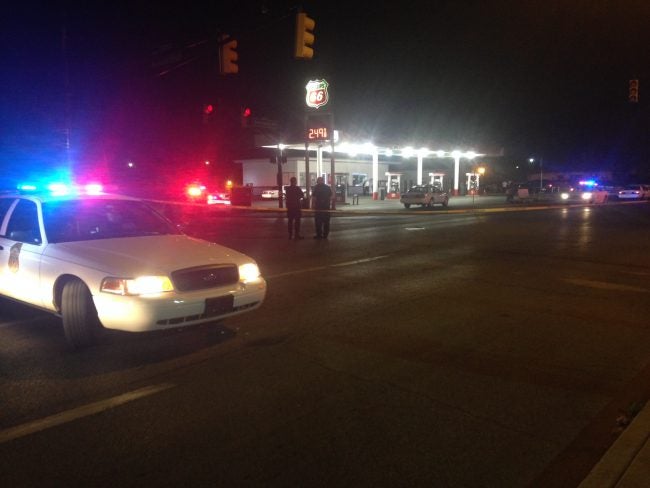 INDIANAPOLIS (WISH) – Police are searching for suspects in a gas station robbery that resulted in a police action shooting early Wednesday morning.

IMPD says they were called to a gas station on the near east side around 1:15 a.m. because a witness saw masked men.

When police arrived, the men were not there.

Police received another call at 1:55 a.m. from the same gas station, the Phillips 66 on North Sherman Drive and East 25th Street, saying the men were back and inside the store.

Police say shots were fired inside the store by the suspects.

When one suspect fled the store, an officer fired one shot. While he was pursuing the suspect, the other suspects fled from the store.

It is unclear if a suspect is injured. No officers were injured in the shooting. The two clerks inside the store were also uninjured.

Police say there were multiple shell casings found inside the gas station.

Shots were fired inside the gas station to try and break the lock on the plexiglass cage the clerk was in, but it was unsuccessful.

“They were keeping an eye out. They did what they were supposed to do,” Cunningham said. “They saw suspicious behavior earlier, they called us. They saw it the second time, they called us. And we arrived while the action was still going on.”

The owner of the store says the men got away with about $500. He also said the three suspects have robbed his store before.

Police are looking for three suspects, all young, black males.

No other information on the suspects has been released.

This is a developing story, check back to WISHTV.com for updates.