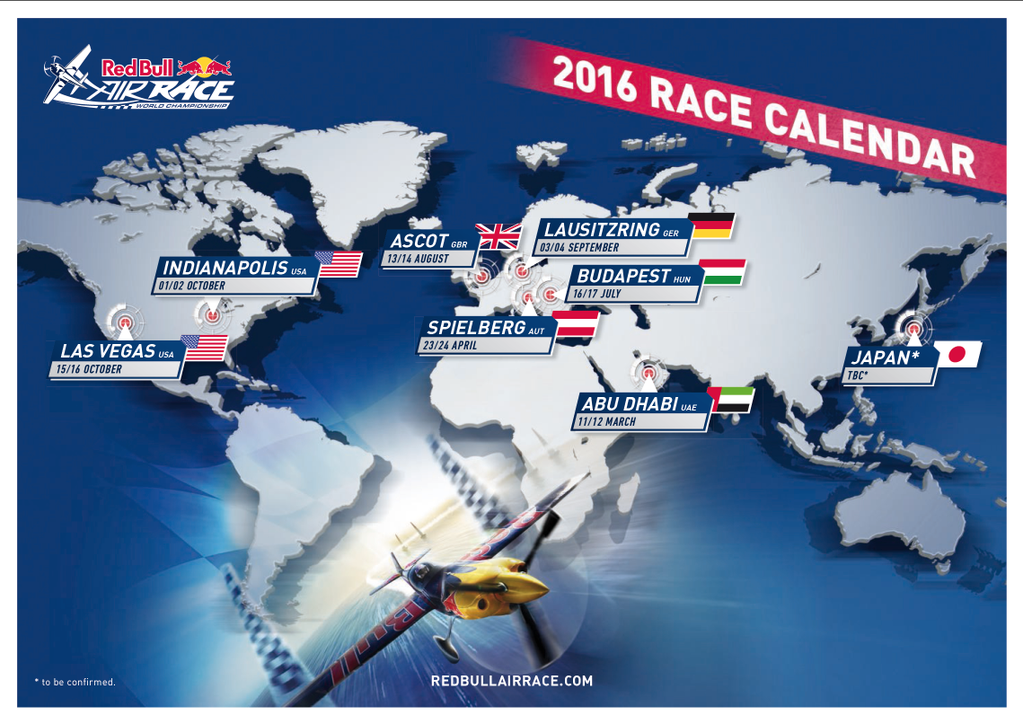 INDIANAPOLIS (WISH) – On your marks…get set…fly! Perhaps that should be the new start cue at the Indianapolis Motor Speedway.

A new race is coming to the Indianapolis Motor Speedway, but it won’t be on the track. It will be above it.

Red Bull calls the Air Race the fastest and most exhilarating motorsport on the planet. Planes will fly at high speed and low altitude around IMS, in between inflatable pylons, that make up an aerial track. Indianapolis is one of only two locations in the United States during the 2016 World Championship season.

Training at IMS will take place on Sept. 29-30, followed by a single day dedicated to two qualifying competitions on Oct 1. Race Day on Oct. 2 will consist of three competitions.

Red Bull said overnight that Indianapolis is one of the world’s most famous cities for motorsports, so Indy can only improve the air racing experience.

“We don’t have any doubt really that our fans are going to embrace this. One of the things the last few years that this market hasn’t had with our air show disappearing there really is an opportunity for an aviation event here in Indianapolis or in Central Indiana,” said IMS President Doug Boles.

Red Bull said the pilots and teams are already working on innovations and strategic plans in Indianapolis, and the seven other race locations around the world.

“IMS is known for some of the top auto racing in the world. We’re proud to add to that tradition this coming fall with the most thrilling motor-sport competition in the sky. We’ll see you in October,” said Chambliss.

Boles says they’ve been working to bring this race to Indy for the past five years; getting up to speed with FAA requirements and figuring out how to modify the track into an airfield.

Fans will see competitors take off and land and around 20 pilots are expected to compete.

“The core of it will be the air race. The activities that take place around it, we’ll definitely add some things to it. We’re trying to figure out exactly what that is,” said Boles.

Air racing may seem like a new thing for IMS, but actually the first ever event held at the speedway was a balloon race in 1909.

The next year, the first licensed aviation meet in the US took place there. The Wright brothers headlined another event.

“So 106 years ago you had the Wright brothers here. So at some level, it connects back to our earliest day. The DNA that the IMS is known for,” said Boyles.

Tickets are on sale now at the ticket office and IMS.com.