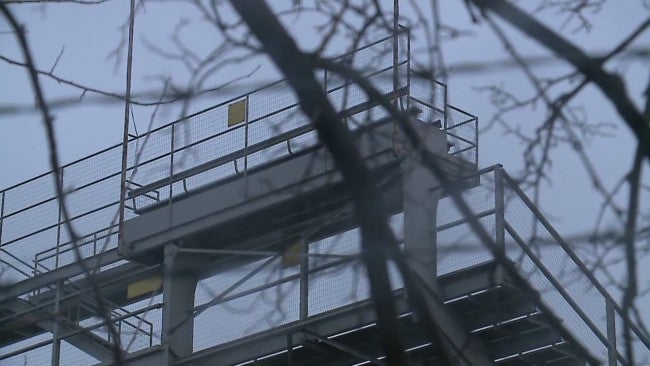 SPEEDWAY, Ind. (WISH) – Safety for spectators at the Indianapolis Motor Speedway is a top priority whether the racing is on the pavement or in the air.

Next October, the track will host the Red Bull Air Race. Fans will be thrilled and in awe as the race planes soar through the sky. And making sure spectators, even people living near the track is part of the plan.

Some Red Bull Air Races happen over water or race tracks that don’t border homes. But in the Speedway area, the track is really part of the neighborhood.

“When you move here you know what you’re getting into,” said Carly McHugh. The backyard of her home along Red Bird Drive backs right up to turn three of IMS.

“It’s just a white noise,” she said as she described the sound of the cars whipping around the track. “All the stands will be full so you can really hear the crowd reacting to what’s happening on the race.”

Her family enjoys the excitement every may. They can’t see the cars from their yard but they’ve got a clear shot at the video boards. But next October it’ll be impossible for them to miss what’s weaving through the infield when race planes will slice through the air for the Red Bull Air Race.

The idea of the event left McHugh slightly worried for her neighbors and the fans in the stands. “There’s still a motor, there’s still fuel, and it’s in the air instead of on the ground,” she said.

But IMS President Doug Boles didn’t have any concerns when speaking to reporters earlier in the day.

“The facility on the grounds where the planes will be flying will essentially be an airfield,” he said. “so it’s controlled by folks like you would if you were at an airport. So that’s very safe.”

The race course will be isolated to the infield with a portion of it crossing east outside of the track and over the nearby golf course, not neighborhoods. The planes are also kept away from the fans who will be seated between turns three and four. Only one plane will be flying at a time.

“The safety record of these events is extremely good. Red Bull wouldn’t be involved with it if it wasn’t and nor would we so we’re very comfortable with the safety aspect,” Boles said. He added that the pilots have thousands of hours of acrobatic and racing flying experience.

He said the planes and engines are heavily inspected just like the IndyCars that speed around the track.

“If you think about the safety when we have an accident here with an IndyCar, it’s pretty similar,” said Boles. “All of crash simulations that folks at the air race series have done and looked at make us feel comfortable that even in the event that (a crash) happened that it would isolated only to the aircraft itself.”

As a neighbor of track for nearly four years, McHugh is confident IMS officials wouldn’t have brought the event to town if they felt people would be in danger.

“We just have to have trust that they’ll look after the community, which they haven’t shown anything in the past where they haven’t before,” she said.

To learn more about the air race, click here!