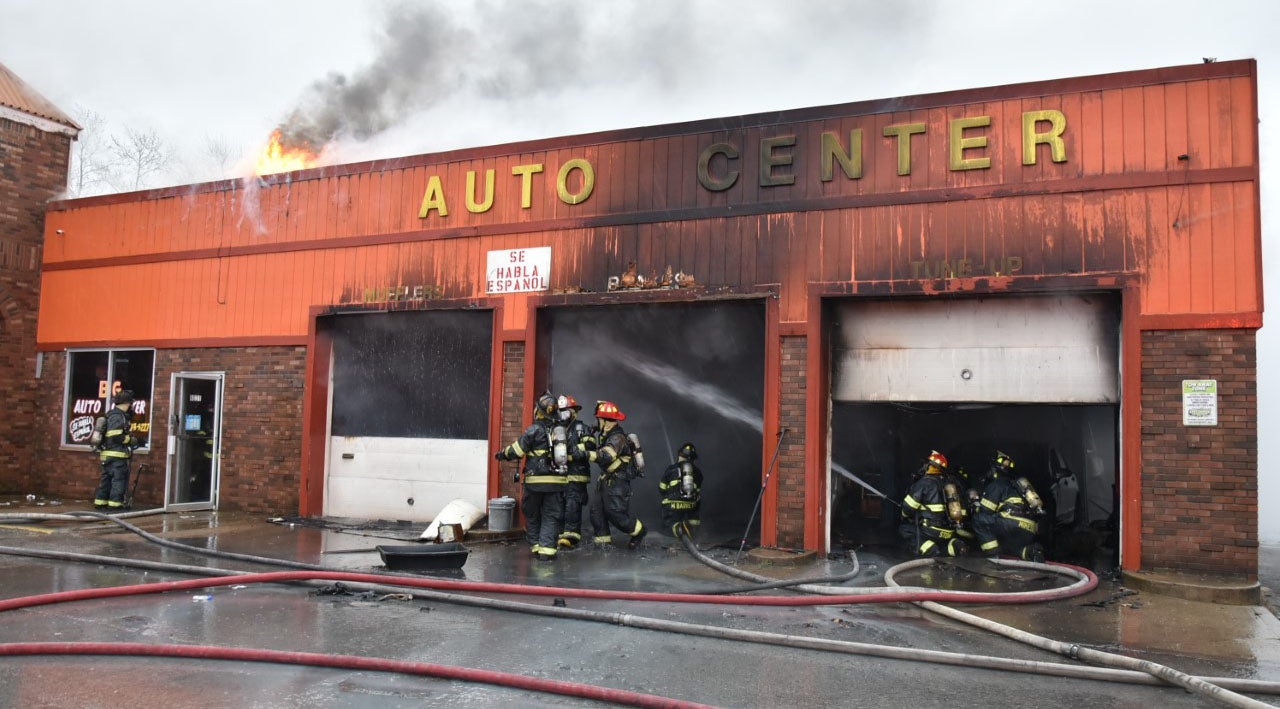 Although the investigation is continuing, a resulting fire damaged the Auto Center Shop in the Franklin Gables strip mall at North Franklin Road and East 38th Street. Fire crews were called to the shop shortly after 3:40 p.m.

No one was hurt in the fire.

Two men working in the shop told firefighters that they had emptied a car’s gas tank and put the gas in a bucket. When the gas fumes inside the bay area became too strong, they lit the incense. Embers from the incense found their way into the bucket, and the gas inside caught fire. They evacuated and called 911.

The fire was contained to Auto Center Shop and did not get into the rest of the strip mall, which was evacuated during the blaze.

Compromised stability of Air Handler on roof and smoke/fire between steel and top of decking posed biggest obstacle for crews. Labor intensive effort to remove decking and extinguish.