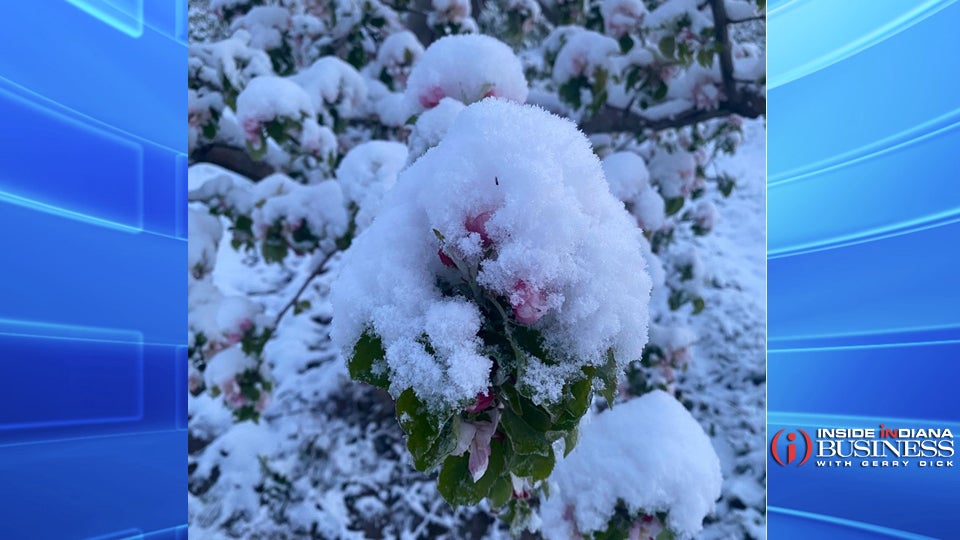 DANVILLE, Ind. (Inside INdiana Business) — Fruit growers across Indiana are inspecting their crops for damage today after Tuesday’s snow and cold brought an unwelcome sight to their orchards. The National Weather Service in Indianapolis says the temperature dipped to a record low of 27 degrees overnight at Indianapolis International Airport.

In Hendricks County, Beasley’s Orchard owner Calvin Beasley has been inspecting his 25 acres of apple trees and four acres of strawberries at the family’s U-pick farm.

“We had a low measure here on the farm of 26. I think we were at that temperature for probably less than an hour. But currently, the apple trees are in full bloom and your critical temperature at full bloom, that is going to be 28,” said Beasley.

He says trees start to sustain 10% crop loss at 28 degrees. The colder it gets, and for longer periods, the worse it gets.

“One of the guys who work for me, he’s been here for almost 30 years, and he’s never seen anything like it either,” said Beasley, who runs the 75-year-old farm.

Beasley says he hopes the three inches of snow that the orchard received provided a protective barrier to the tender blooms and buds.

“We’re hoping that it actually covered the buds up enough from the ice to encase them and actually trapped some of the heat in there and prevented from escaping in the atmosphere,” said Beasley.

Fruit growers will often irrigate budding trees in early spring when they expect low temperatures, but he is not sure snow on blooms will have the same effect.

He is also trying to protect his four acres of strawberries. Beasley had a crew of workers in the field before the snow to put straw on the plants, providing a barrier.

“We’ll leave that straw on the strawberry through tomorrow (Thursday) morning and start removing it tomorrow,” said Beasley.

Beasley says he grows 30 varieties of apples, which bloom at different times. He says later blooming trees have a bit more hardiness and may sustain less damage. But for now, it is a waiting game.

“Experience has taught us it’s better to wait,” said Beasley, who says the forecast calls for cold temperatures again Wednesday night, but not quite as cold,

“I’m thinking late (Thursday) afternoon, the snow all melted off. And then to make it easier to get around the trees and look at things,” said Beasley. “That’s when we will start really doing some detailed analysis to see how we came through this whole thing.”

The National Weather Service says the airport received two inches of snow. While rare, it is not a record in terms of late-season snow. The NWS says the latest measurable snowfall in Indianapolis was May 9, 1923, when .9” of snow fell. 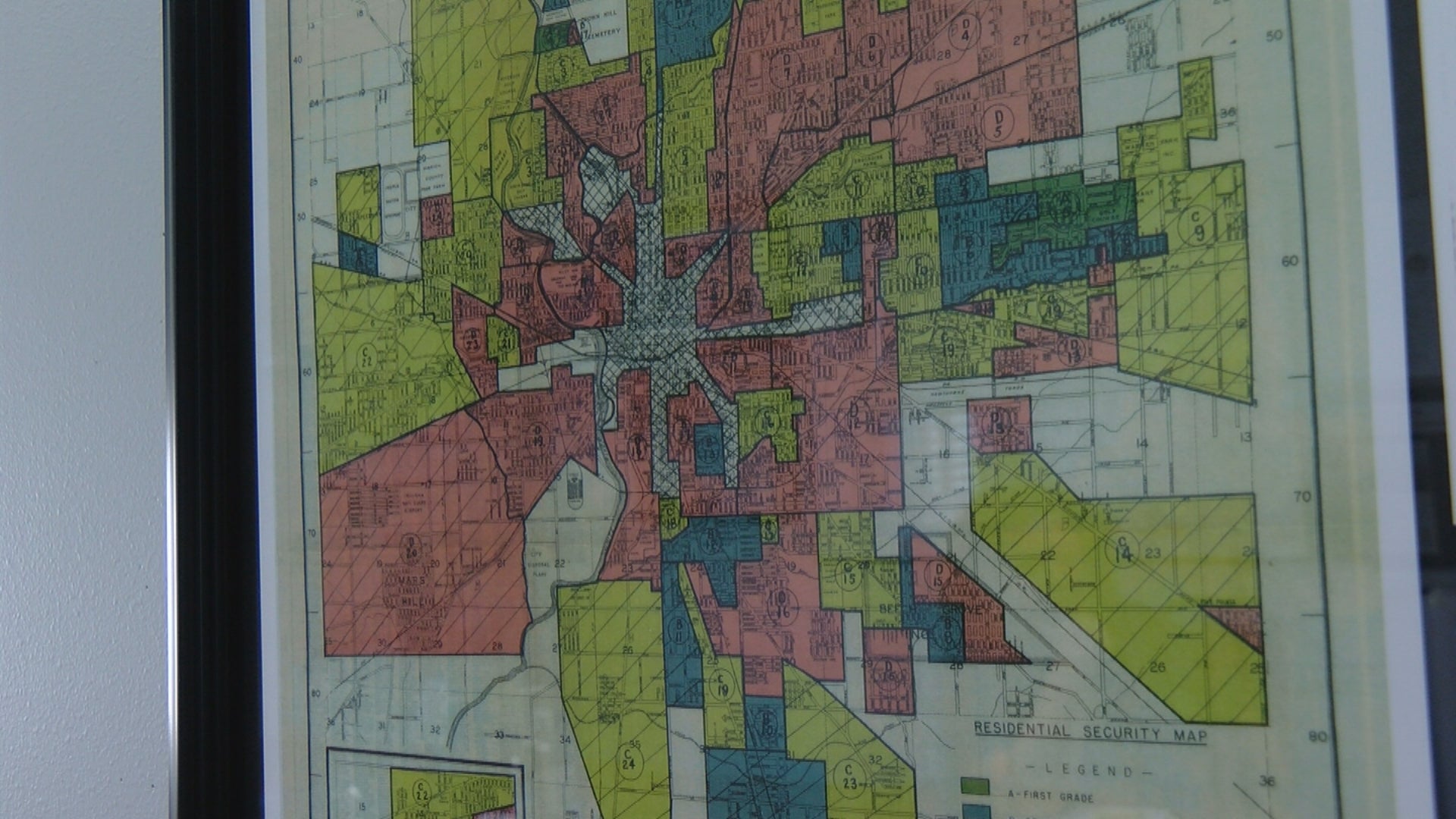